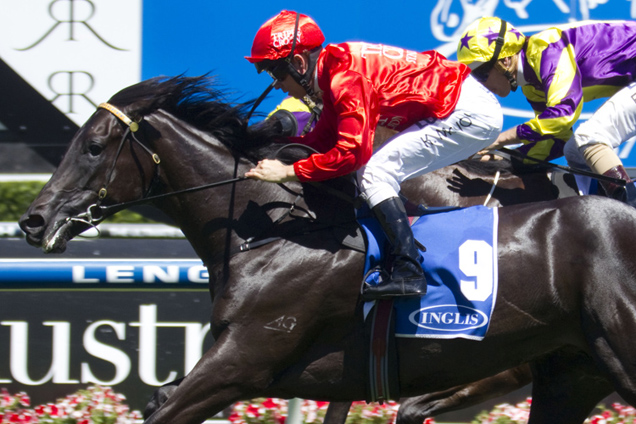 With a Heavy track expected for Saturday, we need to be looking for proven wet track performers that will have the fitness to run out a strong 1600m – I know the race is only 1400m but the rain-soaked surface will make it more like a 1600m slog.

Two of Ryan’s runners, Time For War and Peggy Jean, have the breeding to get at least a mile and both have good wet track form, but Time For War is only second-up after 147 days while Peggy Jean has had a three-run preparation, followed by a 56-day break and then one run from the short let-up.

Peggy Jean will still be carrying some residual fitness from her first preparation and on paper she looks to be the fittest horse out of Ryan’s quartet.

The daughter of Myboycharlie showed she was above average in her first preparation when finishing 2nd to Nayeli over 1000m at her debut and followed that performance with a win over 1200m when she beat Boomwa.

She then finished 3rd to Unequivocal over 1200m and was clearly looking for longer when charging home from the back of the field.

After a short let-up, Peggy Jean returned in the Group 2 Magic Night Stakes (1200m) where she missed the start and settled a long way back before dodging and weaving through the pack to finish 2nd to Bring Me The Maid on a Heavy 8.

Bring Me The Maid has since franked that form with a slashing 3rd in the Group 1 Golden Slipper (1200m) and it’s a form line we should follow into this race.

Peggy Jean will be ridden by arguably Sydney’s best jockey, Nash Rawiller, and from barrier 4 she will be able to settle into a good rhythm early and unleash her devastating turn of foot in the home straight.