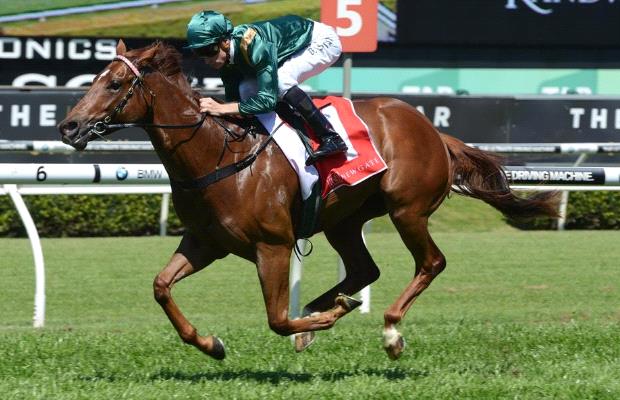 Peter Snowden trained the 2011 Golden Slipper winner Sepoy and now gets the opportunity to win the world’s richest two-year-old race in partnership with his son Paul.

TAB posted fixed odds markets on the 2016 Golden Slipper on Thursday and have marked the Snowden-trained Capitalist clear-cut favourite at $8.

Capitalist was a dominant winner on debut at Randwick in the Listed Breeders Plate (1000m) in October and is expected to resume at Wyong on December 17 en-route to a tilt at the $2 million Magic Millions Classic (1200m) on the Gold Coast in January.

“We can only base our market on what we have seen and Capitalist has been far and away the most impressive two-year-old so far,” said TAB’s Glenn Munsie.

Godolphin filly Calliope, winner of the Listed Gimcrack Stakes (1000m) on debut, is equal second in betting at $15 along with another Snowden charge Defcon, arguably the most impressive winner at the official Randwick two-year-old trials back in September.

← Smart Colt Barood Appears One Out Of The Box
Thinking of Buying a Racehorse in 2016? →
Tweets by @TripleCrownSynd