2YO Winning Double for Triple Crown 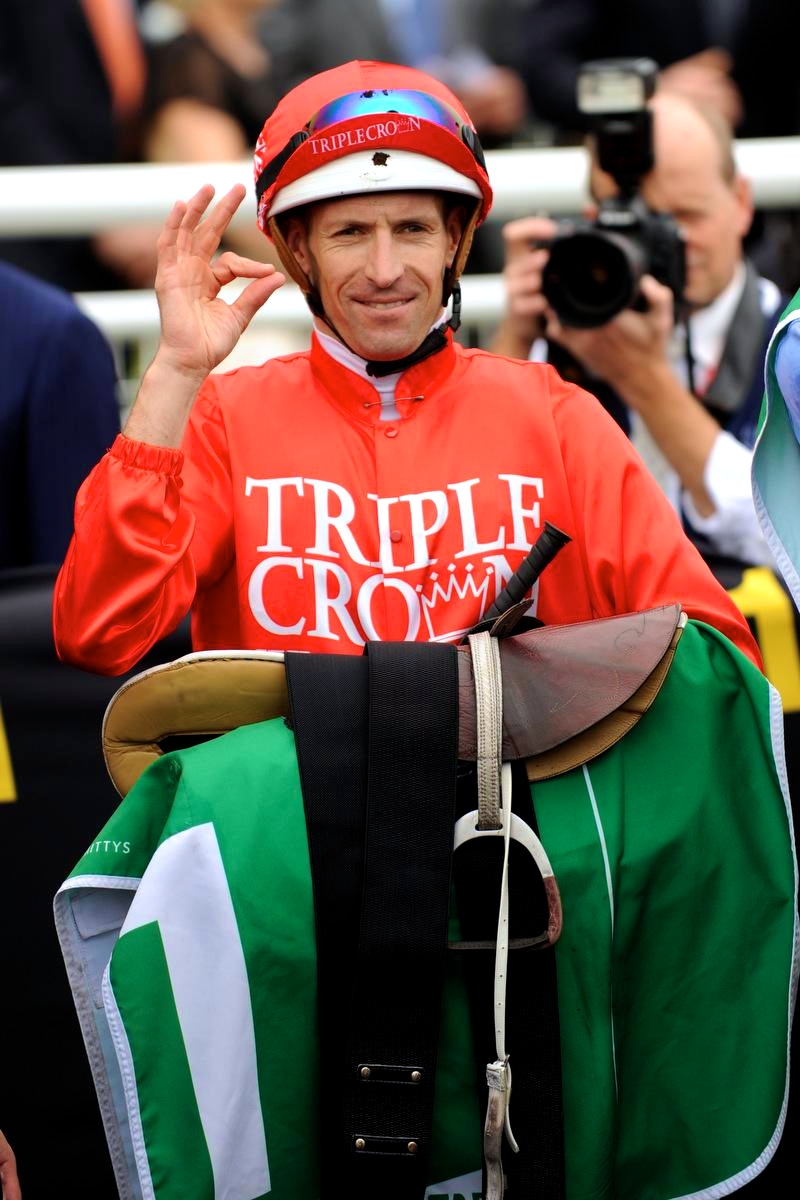 Triple Crown Syndications and top class hoop Hugh Bowman combined for a 2yo winning double at Warwick farm today, where not only did they take out the first two races on the card, but did so in fine style notching up two new Class Records (Redzel by more than two seconds).

Kicking off the day was Snitzel colt Redzel (Snitzel ex Millrich) who was debuting off the back of two nice trials at Rosehill. The Gerald Ryan trained colt was purchased by Chris and Michael Ward from the Magic Millions Yearling Sale and looks as though he will provide plenty of thrills for his syndicate of owners in the months of the Autumn Carnival to come.

Rolling forward from the gates, Bowman controlled the speed expertly as he stacked the field up during the middle stages giving his youngster a breather, before having them chasing with just a shake of the reins in the straight.

“He knew what he was doing” he reported to owners post-race,

“We will now look to set him for the Group 3 Kindergarten Stakes at Randwick on the first day of The Championships” Triple Crown Director Chris Ward stated.

Triple Crown currently have a limited number of shares available in another exceptional son of Snitzel, who is a ¾ brother to Group 3 winner and multiple Group 1 placed mare ALIYANA TILDE. For full details click here.

Not to be outdone by her male counterpart, Denpurr (Denman ex Pampurr) started favourite in race 2, and rightly so after finishing a narrow second to Agean Sea on debut at Randwick in November. The brilliant run was reminiscent of Bowman’s ride in the colts division half an hour earlier and the Triple Crown filly was impressive to the line winning in good style.

“A nice filly in the making, very natural” Bowman commented.

Denpurr is the second 2yo Denman winner for the Triple Crown and Snowden Racing team this week, and third individual 2yo winner for Triple Crown in just five days after they celebrated Secret Trail (Denman ex Trail of Secrets) winning the $100,000 QTIS race at the Gold Coast on Saturday. Denpurr was also purchased by the Ward brothers from Magic Millions and will now contest the Group 3 Percy Sykes Stakes at Randwick on the second day of The Championships.