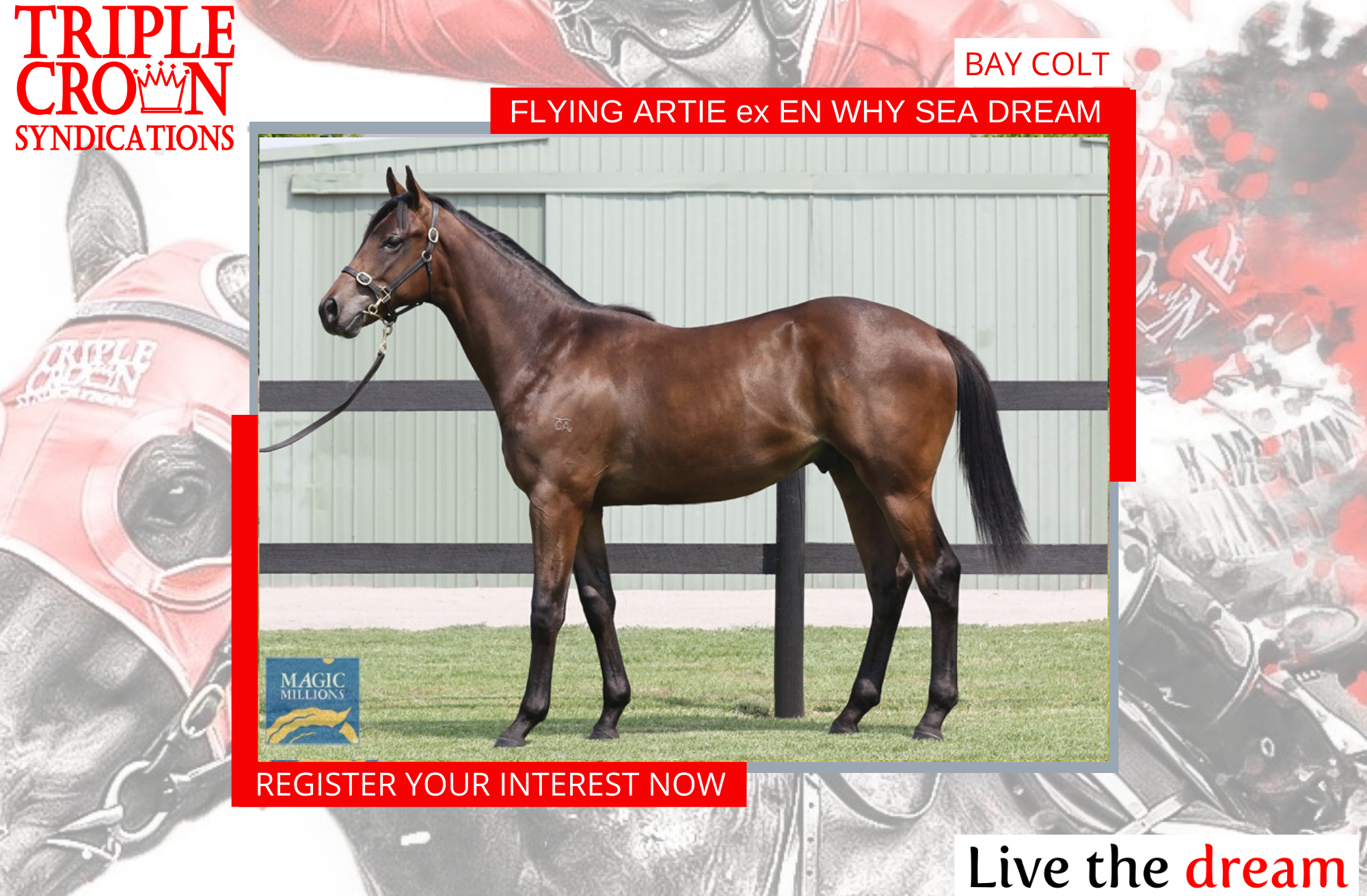 This athletic colt is out of a half-sister to a Group 3 winner and hails from the first crop of Flying Artie – THE CHAMPION 3YO COLT OF HIS GENERATION.

A racy type with Champion 2YO Colt Ad Valorem on the page, this colt is to be trained by Peter & Paul Snowden, the team responsible for an endless list of outstanding racehorses including REDZEL, CAPITALIST, PRIDE OF DUBAI and RUSSIAN REVOLUTION.

“This is an exceptional colt. He’s the spitting image of Flying Artie himself at the same age. The added bonus is that this breeding cross has already been tried with the family for great success,” said Triple Crown’s Michael Ward.

The video below contains more information about the super-fast Flying Artie, who was also placed in the Group 1 Blue Diamond and Group 1 Golden Slipper as a juvenile.

Today’s purchase came hot on the heels of a winning double for ‘The Red’ yesterday afternoon and there’s never been a better time to join the Everest-winning team of Triple Crown Syndications and Snowden Racing.