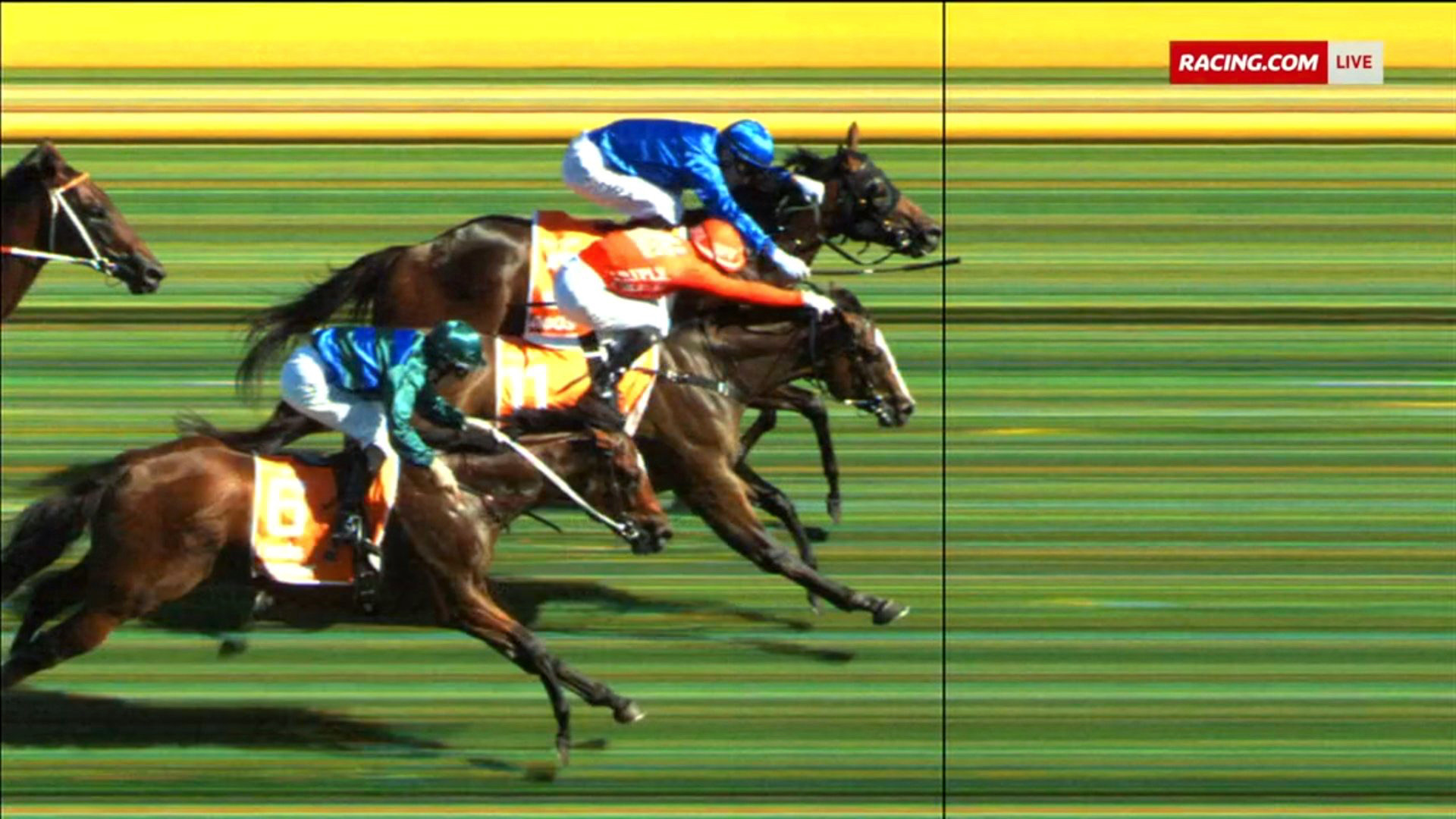 Triple Crown’s gun two-year-old REVOLUTIONARY MISS was denied Group 1 glory by the narrowest of margins on Saturday after going down by a whisker in the Blue Diamond Stakes at Caulfield.

In a thrilling finish to the $1.5m feature, the daughter of Russian Revolution just failed to reel in Daumier despite posting the fastest final 200m of the race, with a short-half-head separating the pair on the line.

A winner of the Group 2 Blue Diamond Prelude (F) two weeks ago, Revolutionary Miss took her career earnings beyond the half a million mark on Saturday, which is an excellent return for her owners from just four career starts.

She has now won a Group 2 and placed in both a Group 1 and a Group 3, all in her first racing preparation!

A big thank you to Jamie Kah, all the team at Snowden Racing and her terrific group of owners, nearly all of whom were trackside to give her an almighty roar in the straight.

Her owners are certainly living the dream and we can’t wait to see what the future holds for this ripper of a filly!

Saturday’s result was also a most unfortunate does of déjà vu for the Triple Crown team, with MISSILE MANTRA, another Group-winning filly selected by Chris & Michael Ward, suffering a similar fate when beaten by 0.1L in the Group 1 Thousand Guineas a few years ago.

With scope for further improvement as a three-year-old, Revolutionary Miss may even get the chance to avenge both of those narrow defeats later in the year!

If you would like to join the red hot Triple Crown team in racehorse ownership, then click here for more information on our available syndicates.

You could be cheering home your horse in next year’s Blue Diamond Stakes!