Another Superstar for Sebring 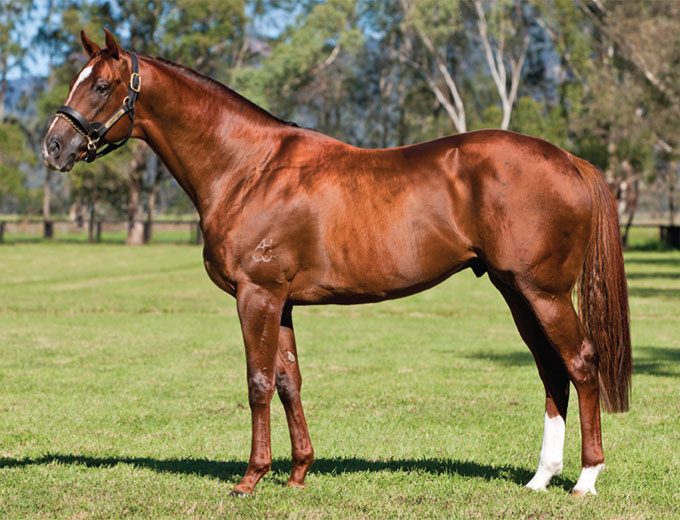 Sporting the colours of China Horse Club, he stalked Group I winning three year-old Wandjina throughout for Jimmy Cassidy and had too much fight at the finish to win the 1400 metre weight-for-age test by a short head, his overall record now seven wins and eight placings from 21 starts with prizemoney of $2 million.

“He never got the accolades he deserves,” said Peter Moody, who led the stallion back to scale.

“He’s won five Group One’s , won his first start at two and now his last. You’d be mad not to send him a mare!”

A stakes-winner at two, a classic winner at three and weight-for age winner at four, Dissident is the consummate professional and has won more Group I races in Australia this season than any other horse.

Dissident was a $210,000 Magic Millions purchase for his trainer from the Widden Stud draft and ran for a big syndicate of owners until a stud deal was secured for him last year with China Horse Club, Newgate Farm and others all now involved going forward.

Newgate Farm principal Henry Field was on hand to greet Dissident as he returned to scale for the last time.

“What more can he do?” said an elated Field.

“He’s won five Group I races and when we were looking at buying him Peter told me he was the elite of the elite and that gave us all the confidence we needed.”

Bred by Widden Stud and partners, Dissident is the second foal and first stakes-winner for stakes-placed Anabaa (USA) mare Diana’s Secret, who comes from the family of Palace Gossip, Mountebank and Vietnam.

Diana’s Secret has a colt foal by Sebring and was covered by him again last spring.

Golden Slipper winner Sebring has gone from strength to strength as a sire and covered 192 mares last year at Widden Stud the increased fee of $60,500 including champion sprinter Black Caviar.

In Dissident and Criterion, Sebring has two of the very best horses in the country and has shot to second on the Australian General Sires List by earnings.