BRED to be fast and bred to be early! This colt is one to target the early 2YO riches with including the world’s richest race for juveniles, the Golden Slipper!!

He is forward in his development and has fantastic two-year-old form in his pedigree – a potent mix to target the major two-year-old races – this colt is a very exciting addition to the team!

By BEL ESPRIT, the sire of Australia’s greatest in BLACK CAVIAR, this colt is from the family of last season’s Golden Slipper winner and Champion 2YO SHE WILL REIGN.

The colt is out of the Stakes performing FASTNET ROCK mare SACRED POINT, who won her first three starts and is a grand daughter of the Group 2 winning two-year-old SUNSHINE SALLY, who won the Reisling Stakes won by ESTIJAAB on Saturday.

Further fast two-year-old form appears in the family through MILLIE, who won the first race on the 2YO calendar, the Listed Gimcrack Stakes.

He will be trained by the stallion makers PETER & PAUL SNOWDEN, who have created SIX stallions in the last four years!! 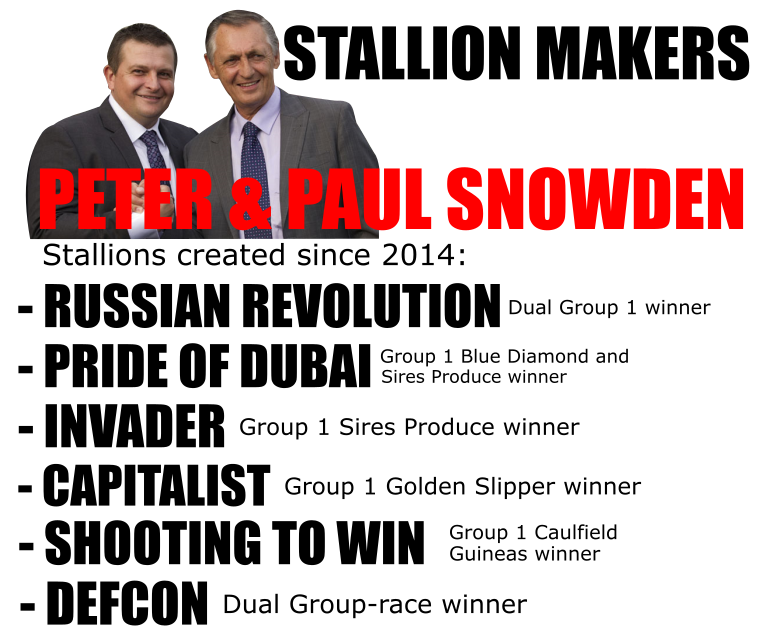 Peter Snowden can’t wait to get started with him! “He’s a very well put together fellow with strength in all the right places,” said Snowden. “Bel Esprit is one stallion that has proven he can produce at the very elite level with Black Caviar.

“I really look forward to getting this bloke going.”

Shares are available from just $9,995 per 5%. CLICK HERE for more info, and you can be the next to Live The Dream!!