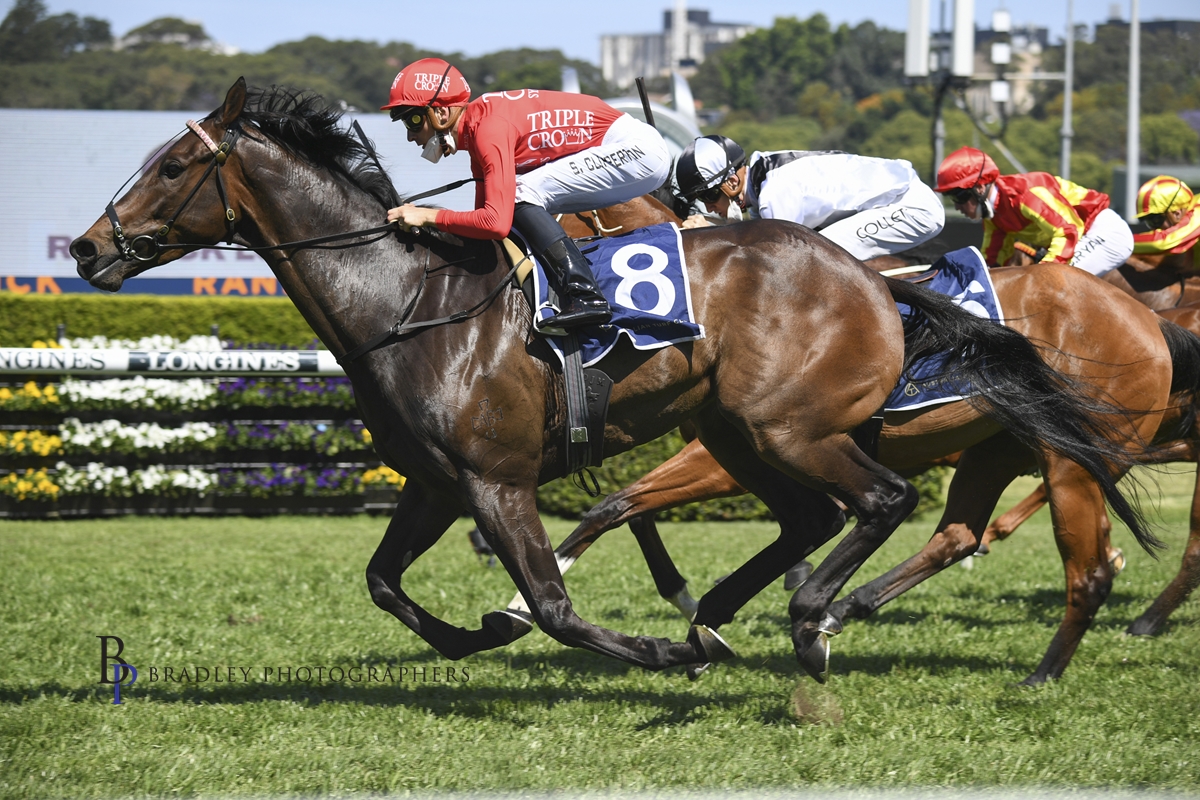 Recent Randwick winner EXOBOOM will take his chance in a million dollar race for the second time in three weeks when he lines up in The Gong at Kembla Grange on Saturday.

A winner of the Group 3 Hawkesbury Guineas earlier this year, Exoboom stormed into contention for the $7.5 million Golden Eagle with an impressive come-from-behind victory at Randwick last month.

Although things didn’t quite go according to plan in the Golden Eagle, Exoboom has bounced out of that run in terrific order and enjoyed a solid hit-out on the Canterbury course proper earlier this week in preparation for Saturday’s contest.

The Triple Crown team have some unfinished business in The Gong after MILITARY ZONE came agonizingly close to landing the $1 million feature in 2019 when beaten less than a length into fourth.

Exoboom will be partnered by Group 1-winning jockey Robbie Dolan in the Kembla Grange showpiece and the pair will jump from barrier 10.

His only start at the track was a winning one back in January, when he pulverized his opposition by more than five lengths in a display that oozed class. Let’s hope he can maintain his unbeaten record at the track on Saturday!