Leading jockey Hugh Bowman will return from Hong Kong to ride Hot Snitzel in the 2014 Doomben 10,000 in Brisbane next weekend. 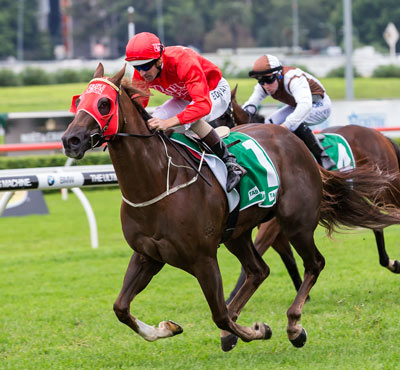 Hot Snitzel will be ridden by Hugh Bowman when he contests the Doomben 10,000 at Doomben Racecourse on May 24.

Bowman left Australia to ride in Hong Kong for three months after All Aged Stakes Day at Royal Randwick on April 26, but has taken the opportunity to ride the talented sprinter in the Group 1 event at Doomben on May 24.

The in-form hoop has ridden Hot Snitzel on a number of occasions throughout his career and partnered the son of Snitzel when he made his debut at Group level when he finished a narrow second behind Uate in the Group 3 Skyline Stakes (1200m) at Warwick Farm on March 12 in 2011.

Bowman was the regular rider for Hot Snitzel during his 2011 Brisbane Winter Racing Carnival campaign, that included a win in the Group 2 BRC Sires Produce Stakes (1400m) at Eagle Farm on June 4 and a second place finish behind Benfica in the Group 1 T.J. Smith (1600m) at the same venue a fortnight later, and steered the gelding to victory in the Group 2 Royal Sovereign Stakes (1200m) during the 2012 Sydney Autumn Racing Carnival.

Hot Snitzel has had a variety of different jockeys in the past 18 months, with Glyn Schofield, Nash Rawiller, Blake Shinn, Brenton Avdulla and Damien Oliver all riding the sprinter, but he returned to winning form for the first time in over a year when he was partnered by Bowman in the Group 3 Hall Mark Stakes (1200m) at Royal Randwick on April 26.

Bowman will be replacing Nash Rawiller, who partnered Hot Snitzel when he beat home just a single runner in the Group 1 BTC Cup (1200m) at Doomben last Saturday and will be chasing his second win in the Doomben 10,000 after winning the 2005 edition of the race with Red Oog.