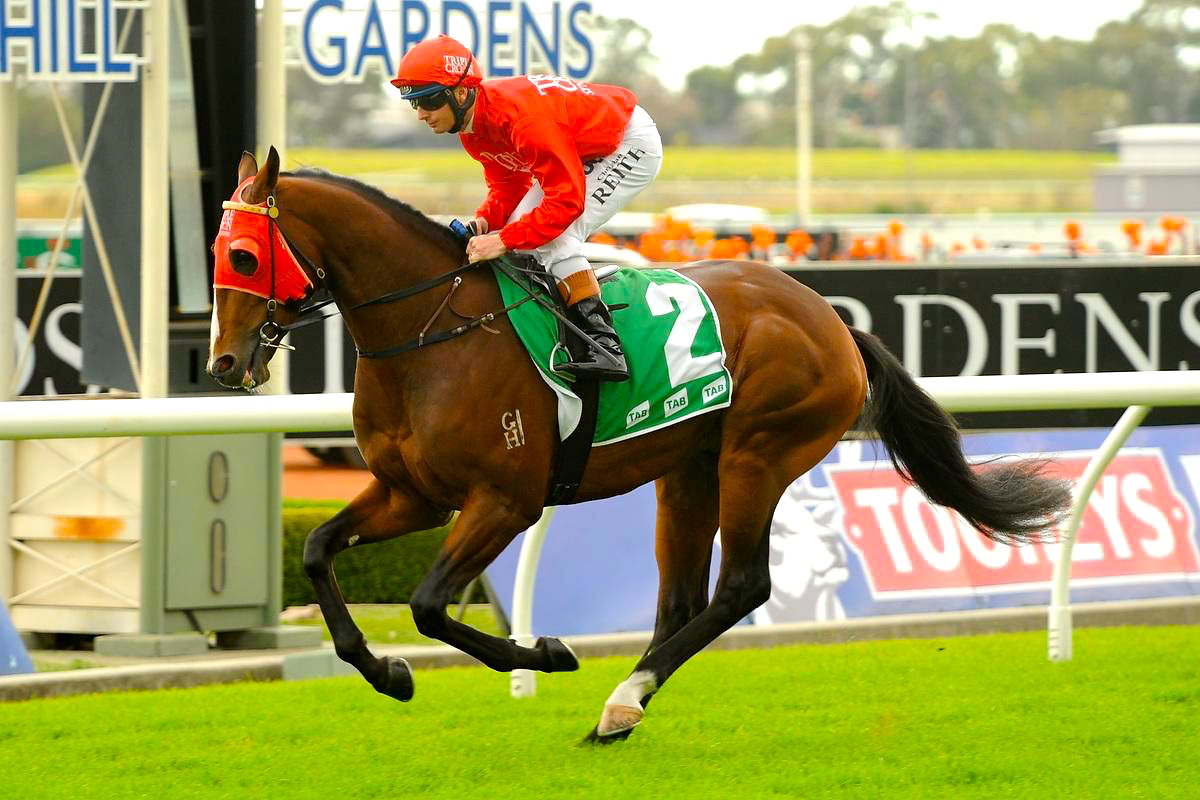 Trainer Gerald Ryan has a Magic Millions contingency plan in place if Brazen Moss fails to break his maiden at Canterbury.

The three-year-old, who is closely related to four-time Group One winning sprinter Buffering, has six minor placings from his seven starts and gets the chance to break through on Wednesday in his second race as a gelding.

The rich Magic Millions meeting at the Gold Coast on January 10 is where he will head after the 1250m no-metro-win race at Canterbury.

“If he wins he will go in the three-year-old race, the Magic Millions Guineas, and if not he will run in the Maiden,” Ryan said.

“It would be great if he could win and get into the Guineas.”

By Mossman, Brazen Moss is out of Hussyanna, a daughter of Buffering’s dam Action Annie, and finished third on December 3 at Canterbury in a 1200m race won by Skylimit.

His main threat on Wednesday may well come from stablemate Beaudragon, a winner at Gosford on debut on November 13 and third at Canterbury 13 days later.

Brazen Moss is a $13 chance for the $1 million Gold Coast race with the Tony Gollan-trained Hijack Hussy the $4.50 favourite.

Ryan’s other Magic Millions Guineas contenders, Aerobar and Tetsuko will run in the $100,000 3YO Stakes at Wyong on Thursday.

Tetsuko is at $10 for the Magic Millions Guineas with Aerobar at $26.

The Canterbury meeting will be the scene of Grahame Begg’s last runners, at least for the time being.

The multiple Group One winning trainer announced a few weeks ago he would close his Randwick stable this month to take a break with his family.

His Canterbury runners are Roquessa in the 1200m fillies race and Bridge Of Sighs who has gained a start as the first emergency in the 1250m race for fillies and mares.