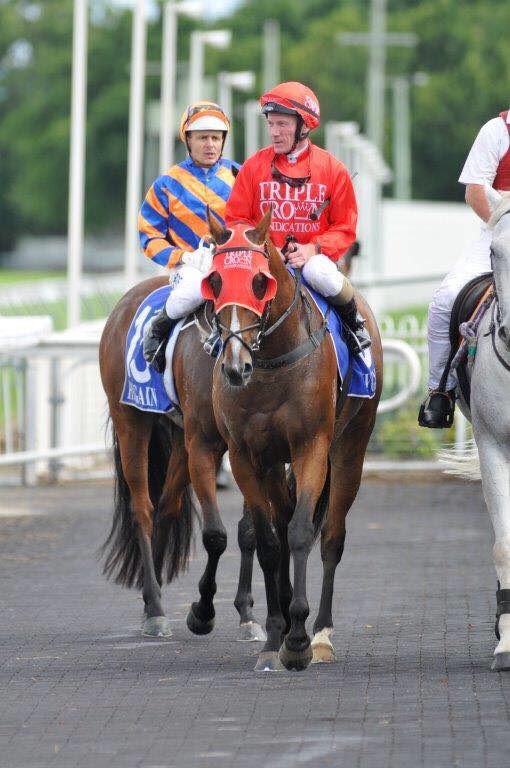 BRAZEN MOSS has hit some incredible form since the move north to Tony Gollan’s Brisbane operation. From 16 runs in Queensland he’s finished outside the top three on just four occasions, earning over $185,000 in the last 12 months – and now Stakes grade beckons.

The manner in which he disposed of his opposition at Doomben on Saturday suggests he is more than capable of rising to such lofty heights. After being shuttled further back than was maybe ideal, jockey Jim Byrne appeared to lose his left iron when the pace steadied before quickly regaining it. And when the business end of the race arrived Byrne switched him away from his usual preferred running on the outside to challenge on the inside. It proved an inspired move as the five-year-old ran through the line, extending his lead all the while, relishing every yard of the step up to a mile.

His three-quarter-length winning margin came seven lengths quicker than standard for a Heavy 8 track, despite giving the favourite a start.

The relationship struck between Byrne and Brazen Moss has been nothing short of extraordinary, with the leading jockey having ridden the evergreen son of Mossman to four wins from five starts.

Trainer Tony Gollan was thrilled with the performance, and confirmed the next target will be at Stakes level.

“That was an amazing win,” he said. “He normally likes getting to the outside to find more room but the fact he came from behind on the inside was amazing.

“That was easily his best win for me and I may have to reassess him now and raise the bar for the winter. Jim kept on his back and we got a great drag into the race. He finished off well alright and hit the line well.

“I’ve really got to thank Triple Crown and the Snowden’s as he came to me in great order. This is his distance at the mile, and we’ll step him up to a Listed race at this trip now. Is that grade too good for him? Who knows, but the horses he’s beaten today have been at that level before.”