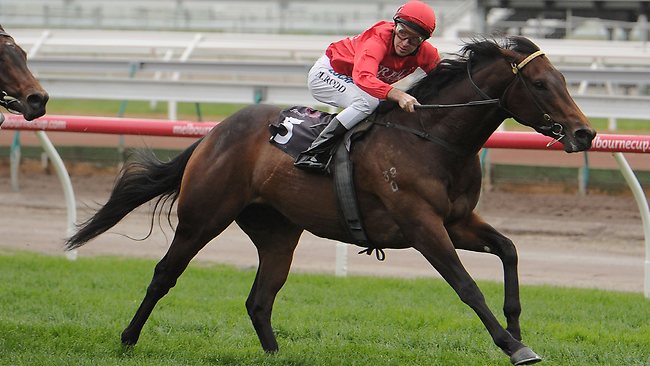 Michael Rodd glances sideways to make sure Charlie Boy has his rivals covered in the Danehill Stakes at Flemington. Source: Getty Images

The three-year-old colt fulfilled his unbridled promise with a three-quarter-of-a-length win over in-form Peter Moody-trained filly Kiss A Rose ($16), with a head back to previously unbeaten SA colt Eclair Big Bang ($18).

Sportsbet.com.au immediately slashed his Guineas price from $67 into $13.

Charlie Boy promised to be a quality two-year-old, but finished midfield in the Golden Slipper as ailments took hold.

Ryan always believed he would be a superior older colt and he put paid to one of the deepest quality Danehill Stakes fields in memory.