Charlie In. Charline Out 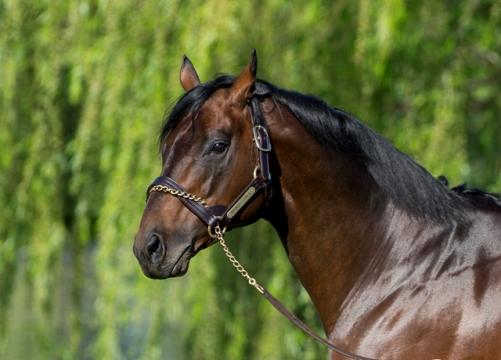 Group 2 winning colt Charlie Boy can deliver some small consolation to Myboycharlie supporters with a win in tomorrow’s ATC Myer Spring Fashion Handciap (1400m) at Randwick following a last start 2nd in a Gr.2 and the scratching of Euro Charline from the G2 QEII.

Bloodhorse reported that Euro Charlie was showing some signs of lameness when leaving her stall on Monday prompting her Hall Of Fame trainer Todd Pletcher to cancel the filly’s final gallop ahead of the Kentucky feature.

Subsequent X-rays revealed signs that are suggestive of bruising of the medial condyle of the cannon bone, according to a Team Valor release, with Euro Charline scheduled to undergo a nuclear scan to confirm that diagnosis.

”If it is bone bruising, no surgery will be required and she should heal completely with 60 days of turnout at Dr. Gary Priest’s farm near Versailles,” Team Valor said.

“It is a huge disappointment, one that really knocked the wind out of our sails, but fortunately she should never look back from this,” Team Valor CEO Barry Irwin said in a statment. “Her form has been confirmed with two horses behind her in the Beverly D. (runner-up Stephanie’s Kitten and ninth-place finisher Emollient) coming back to win grade I races, and we were really looking forward to seeing her at Keeneland, especially after she had a five-furlong breeze on the grass at Belmont where she went the last quarter in :22 4/5.”

Euro Charlie became the first 3YO winner in the 25-year history of the Grade 1 Beverly D. at Arlington on August 16 immediately following a Listed win at Royal Ascot and her third placing in the Group 1 Coronation Stakes at the same venue.

Ironically, Charlie Boy’s owners know all about bad luck on the even of big races, they were forced to scratch their crack colt from the $1m Magic Millions 3YO Guineas (1400m) on days before he was to lead out the field.

Charlie Boy was showing signs of a poor post-race recovery in the Bobbie Lewis when finishing down the order but was back to best when beaten a neck (second) in last Saturday’s Group 2 ATC Premiere Stakes (1200m).

“It was good to see him bounce back coming back home to Sydney and he’s come through the run very strongly and was bouncing out of skin and is all set for Saturday,” Warrd said.

“Clearly the outside draw is not ideal but it’s not an overly large field, he’ll be able to slot in somewhere under the guidance of Josh (Parr) and we’d expect him to run hme strongly.

Ward said Charlie Boy is likely to return to Melbourne in coming weeks to resume his carnival aspirations.