Charretera makes the perfect start to life in the Sunshine State 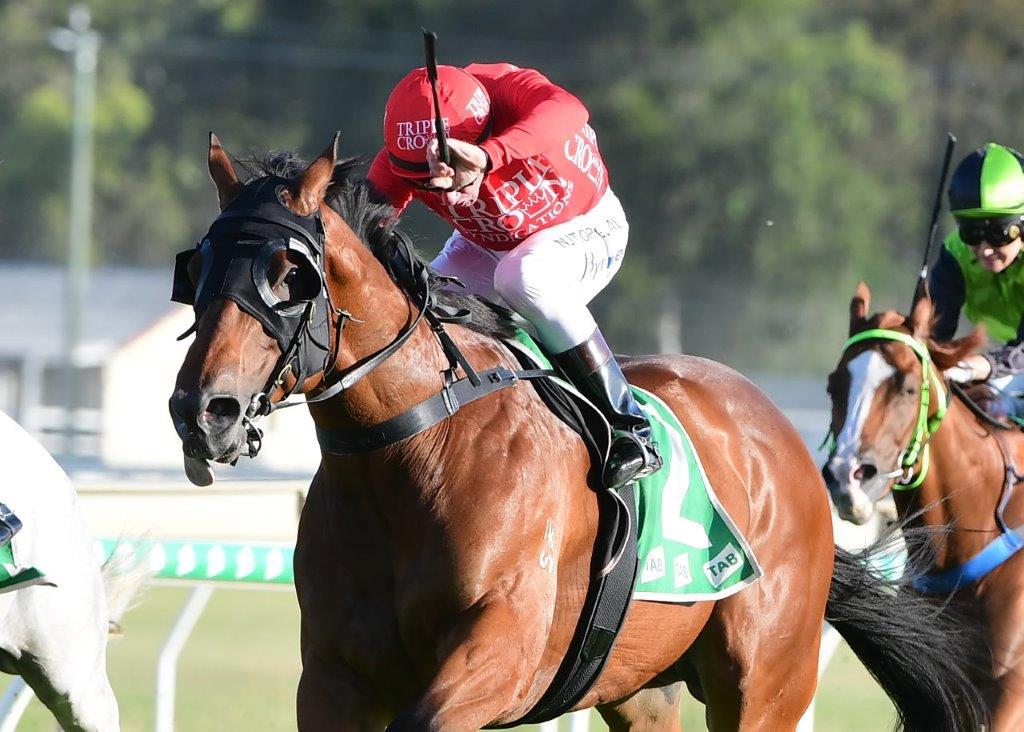 CHARRETERA got his preparation off to a flying start at Ipswich on Wednesday with an impressive victory on his first start for the Tony Gollan stable.

The son of Epaulette, who earned over $350,000 in prizemoney when trained by Peter & Paul Snowden in Sydney, showed his class with an authoritative half-length success under Jimmy Byrne, prompting both trainer and jockey to suggest there is plenty more to come from the six-year-old.

“I think we’re going to have a fair bit of fun with him,” a delighted Tony Gollan told Charretera’s owners in his post-race debrief.

“He won by half a length drawing away and it was a good solid win.

“We probably don’t need to go to another midweek race if we can avoid it, I think stepping into a Saturday race would be more than worthwhile, especially if we can come down in weight.

Gollan’s sentiments were echoed by Byrne, who felt that Charretera was better value for the win than what the margin of victory suggests.

“I was really pleased with his trial going into this race today and he’s just confirmed what I thought he could do,” he said.

“It was a bit sticky early and I thought at one stage we were going to have to accept being deep, but I was able to work my way one off.

“I exposed him at the 500m because I wanted a nice, clean run, and I got a few bumps which probably took a little bit of the wind out of him.

“He showed a lot of tenacity and really dogged down, wanting to fight all the way to the line.

“There’s bigger and better things to come for him and I’ve got to say it was a pretty decent win from him today.”

A huge well done to all the team at Gollan Racing for having Charretera in winning condition on his very first outing for the stable.

Congratulations to all his owners on a terrific first-up success and let’s hope he can continue on his winning way in a couple of weeks’ time!