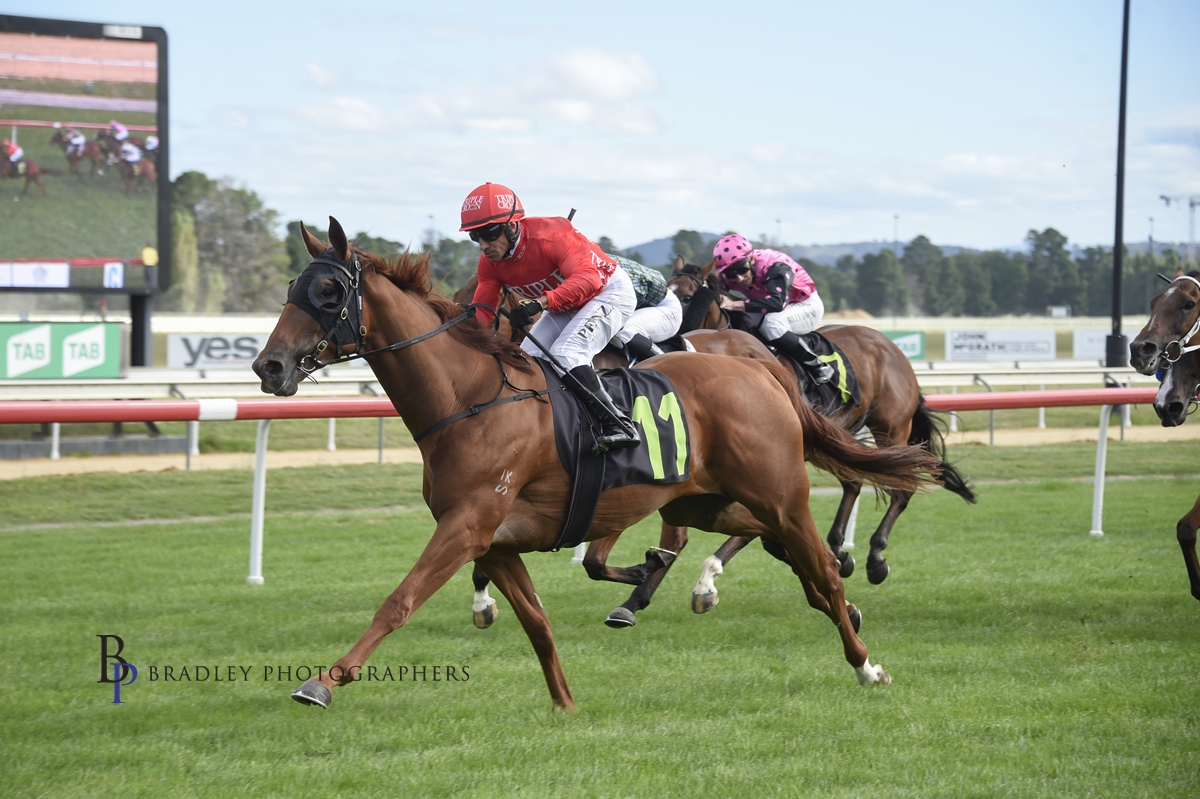 In what could easily be one of the most impressive wins seen on a racecourse this year, CRIME SPREE got off the mark with a remarkable last-to-first victory in the nation’s capital on Friday.

After blowing the start and taking a while to get into stride, Crime Spree settled a good 11 lengths off the leaders through the early stages, before taking slightly closer order at the halfway point.

Crime Spree remained at the rear of the field turning for home and was forced wide on the corner, but after covering plenty of extra ground, he began to let down strongly until his momentum was halted slightly by a rival shifting out into his path.

To his credit, Crime Spree regathered himself quickly and once again set about eating into the margin with a long, sustained run down the outside, before hitting the front at the 50m mark and extending away in impressive fashion to score by a length-and-a-quarter.

“That was another impressive performance, that was really good,” said Peter Snowden in his post-race report.

“He jumps with them but he’s just got no gate speed. It’s a bit of a disadvantage being that far back that early!

“From the 600m mark on you knew he was going to be in the finish because he really started to truck up.

With his Maiden victory done and dusted, Crime Spree will now be stepped up in class ahead of what promises to be an exciting second half of his three-year-old campaign.

“He has to come to town and do a similar sort of thing against better class horses, but at least he is showing good staying-type ability, so we’ll give him every chance,” Peter Snowden added.

“He’s still not furnished properly yet and can definitely get stronger, but he’s definitely showing some talent and let’s hope he can keep doing that against better class horses.”

Winning jockey Jeff Penza was also suitably impressed with Crime Spree’s performance after guiding the well-related son of Sebring to his Maiden success.

“He’s a super laid-back horse – I had to stoke him up just to get him to have a good canter down to the gates,” he said.

“He jumped and was in no hurry, so I had to drive and get him into stride. He did travel really nice mid-race but we were a long way off the leaders at the top of the straight, so I got going on him early.

Coming from last to first is always an exciting way to win and we are looking forward to seeing what the future holds for Crime Spree. Congratulations to all the team at Snowden Racing, including his strapper Anna, and all his owners!