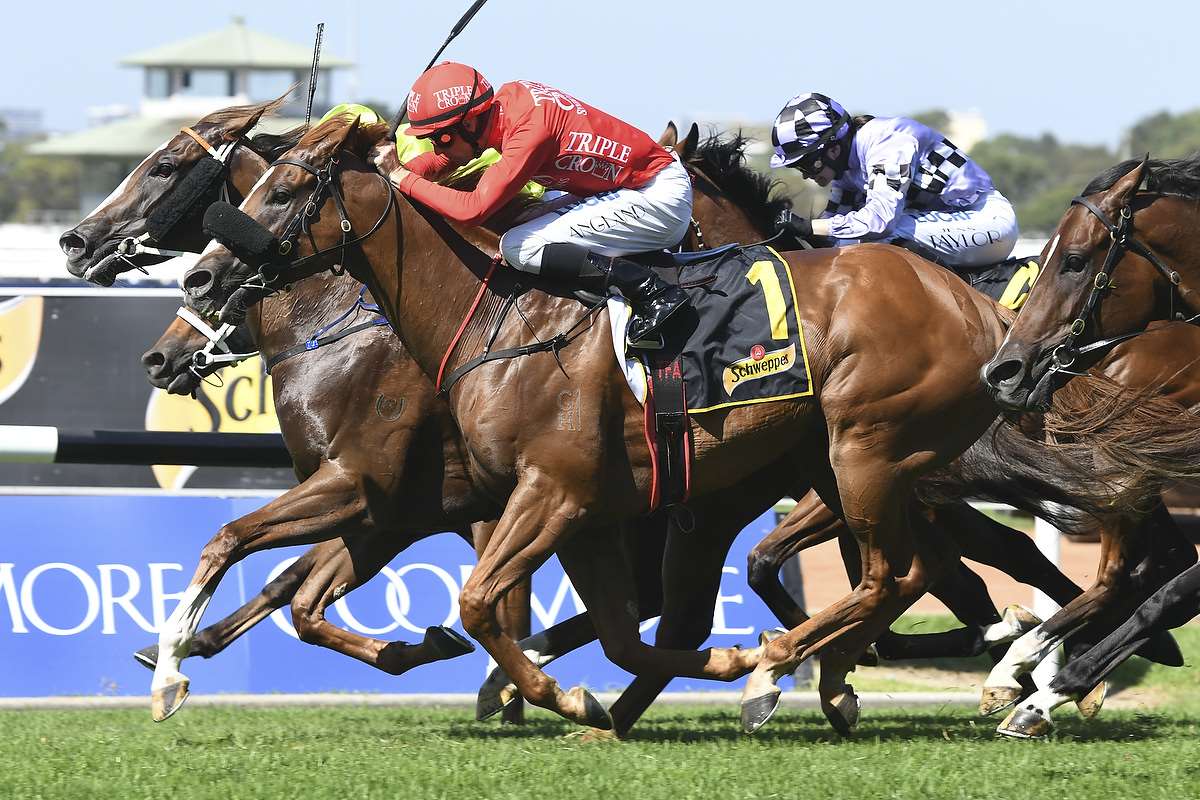 Dothraki’s run of outs ended in semi-dramatic fashion on Saturday, the Peter and Paul Snowden-trained galloper getting his first win in almost two-and-a-half years via the stewards’ room.

However, the head-on vision in the straight showed the Hawkes Racing-galloper shifted out when under pressure late from Brenton Avdulla, impeding Dothraki and Tye Angland – and the stewards declared swiftly it was the difference in the result.

Dothraki, a seven-year-old Mossman gelding, had not won a race since a Listed event at Randwick in October 2015, but had eight minor placings in the meantime – including multiple times at Group 1 level.

He also ran second in the McCarten last year, beaten half-a-length by Artistry as a $2.30 favourite.

On Saturday, the $14 shot came back to haunt punters to win it on protest from $2.80 favourite Sprightly Lass.

“It was pretty impressive, he has to be jogging on the spot and that’s what he was today.

“It was a good result and a good effort from the horse.

“He’s sound as a bell, he continues to race well and he loves stable life. He’s one of those old horses that likes to be in the stable.

“You think you’re helping him by giving him a break, but it’s actually worse for him. He likes to be looked after and in the stable.

“It’s hard to pull the pin on horses when they continue to butter up and keep trying.

“It was a real testament to the horse, he had to chase a very hot speed with the big weight, he was chasing from about the 600m, which isn’t really his go.

“Little bit of class just rose to the top there.”

Triple Crown was also represented by Secret Trail in the race who reeled of exceptionally strong sectionals over the final 600m to finish a narrow 4th. Having run 2nd in the Magic Millions QTIS Race the start before Secret Trail is certainly racing in good form as she chases further black type races.

← NEW RELEASE: ‘Without doubt the best BRAZEN BEAU colt we have seen’
Redzel eases to impressive trial win with TJ Smith in sight →
Tweets by @TripleCrownSynd