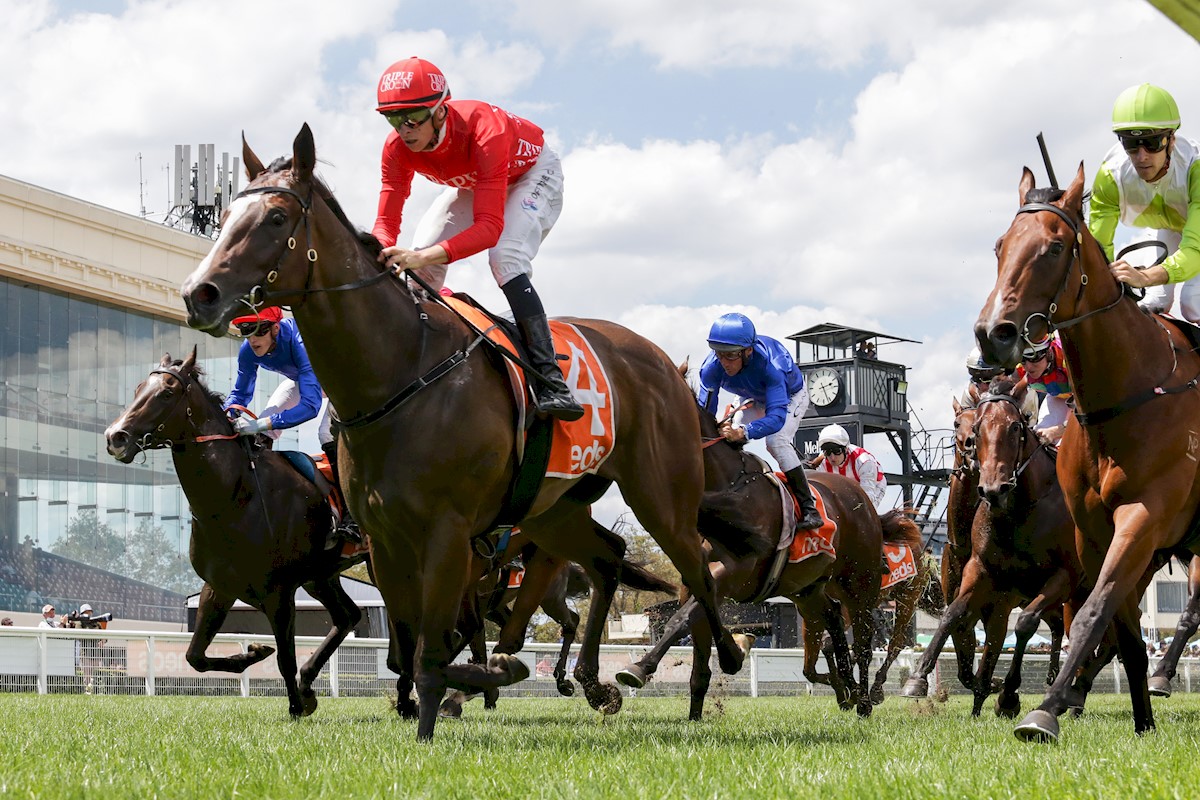 “Given the unorthodox nature of Coolangatta’s preparation, and Russian Conquest being a little below her best in the wet ground last start, it gives everyone else a bit of hope,” McEvoy said.

“I still feel those two fillies, if they are at their best, are the hardest to beat but Sejardan has to be respected and there are a number of other lightly-raced horses on the improve.

“But I’m happy to be on Revolutionary Miss, she is one of the better chances.”

Revolutionary Miss reunites “Team Redzel” as McEvoy rides the filly for syndicators Michael and Chris Ward’s Triple Crown, and she is trained by Peter and Paul Snowden.

They combined to win the first two runnings of the world’s richest turf race, The Everest, with Redzel in 2017-18.

On a similar theme, now they are trying to win the world’s richest juvenile race with Revolutionary Miss.

The Ward brothers secured Revolutionary Miss for $195,000 at the Magic Millions as a yearling and the filly has already recouped her purchase price with a win and three seconds from four starts, amassing more than $500,000 prizemoney.

McEvoy, who won the Golden Slipper on the Snowden-trained Sepoy in 2011, has not ridden Revolutionary Miss in a race before but has been impressed by the filly since partnering her at trackwork.

“I have only been riding her recently but I have been pleased with the feel she has been giving me,” McEvoy said.

“Although she is deep into her preparation, she has a great temperament, nothing fazes her so she will handle Slipper Day and I’m sure she will run a top race.”

Triple Crown is one of the nation’s most successful syndicators but a Golden Sipper has so far eluded them.

In fact, Revolutionary Miss is their first Golden Slipper runner since 2013, and their fifth overall.

Hot Snitzel was the first Triple Crown horse to make the Golden Slipper field, finishing 12th to Sepoy in 2011.

Then Cavalry Rose ran eighth to Pierro in 2012 before Triple Crown had two starters in the 2013 Slipper with Charlie Boy finishing eighth and Dothraki last behind Overreach.

“I’m hoping it is like a rugby league Grand Final where they say you have to lose one to win one,” Michael Ward said.

“With Revolutionary Miss, I would say she is our best chance yet. She is a bit of a natural and I don’t think there will be any horses that parade better than her on Saturday.

“There is a fair bit of form around her with a good win in a Prelude and she should have nearly won the Blue Diamond.

“She is a very good filly; she has avoided these heavy tracks and will go into the Golden Slipper fresh and ready to fire.”

McEvoy rode the Team Snowden-trained Russian Conquest in her narrow loss to Coolangatta in the Magic Millions so he has an appreciation of what both rivals are capable of in the Golden Slipper.

Coolangatta remains the $4.40 Golden Slipper favourite but Russian Conquest, who will be ridden by Tommy Berry, is out to $16 as Revolutionary Miss has firmed into $15.

Both of the Snowden-trained fillies have drawn wide with Russian Conquest to come out of barrier 13 and Revolutionary Miss to start from 14 if the emergencies are out of the race.

In the 65 runnings of the Golden Slipper, no winner has come out of barrier 13 while gate 14 has produced six winners including Kiamichi (2019) and Estijaab (2018).

“A lot of things need to go your way no matter where you draw,” McEvoy said. “If I can give her a good ride, I’m sure she will run well.”

← ‘This is the one that counts’: Snowdens to get Slipper timing right
Mazu makes it four in a row with dominant Listed win →
Tweets by @TripleCrownSynd