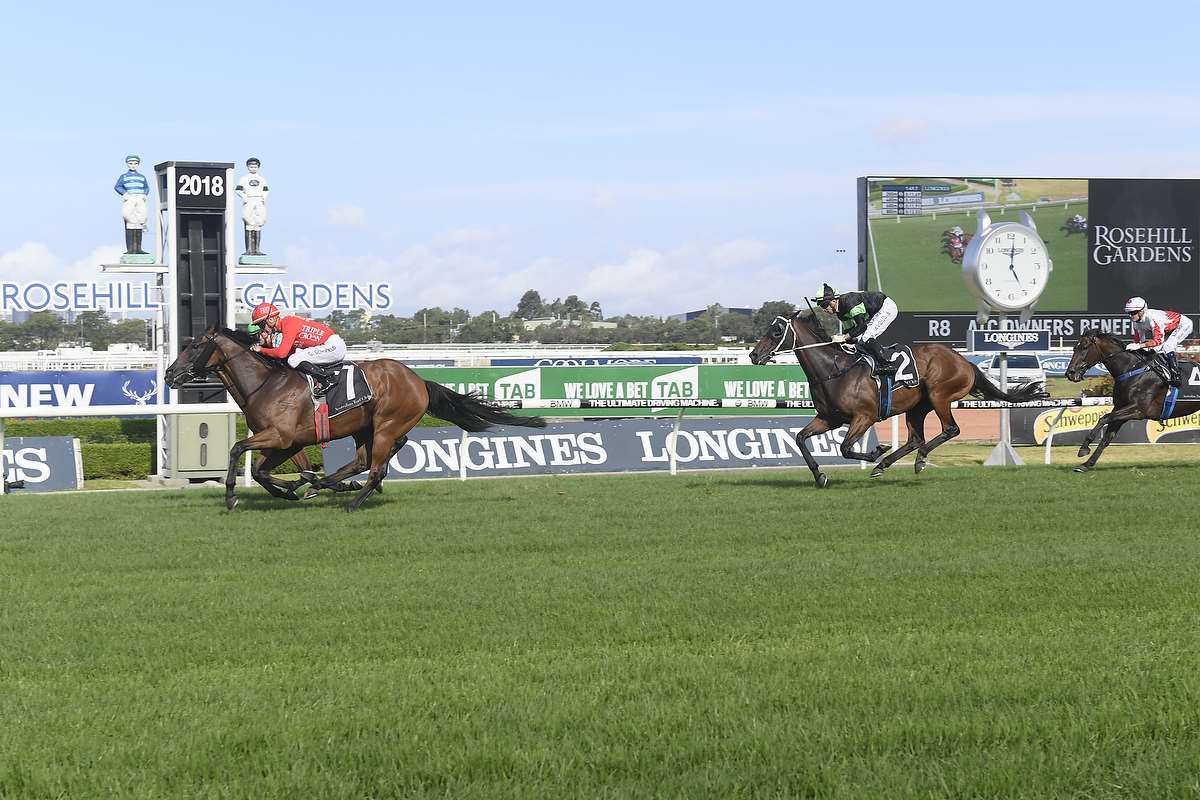 EMPEROR’S WAY is gathering an envious record in the staying division as he marched to a second consecutive victory, and third of the preparation as he propelled himself from the rear of the field on the turn for home to get up by a head from Get On The Grange.

Glyn Schofield, who retained the ride on the four-year-old after steering him to success at Randwick on January 13, settled Emperor’s Way in the last pairing after jumping from Barrier 8 but showed a cool head to bring his mount into open air entering the straight, with Emperor’s Way showing real desire to reel in the leader at the death.

Empreror’s Way makes it three wins from his last four, eating up the ground out wide to nail Get On The Grange right on the line and win Race 8 @rosehillgardens for @SnowdenRacing1 & @TripleCrownSynd! pic.twitter.com/OHiPOuRghZ

The son of Roman Emperor has made a dramatic rise through the staying ranks since winning a Class 1 event at Gosford on December 7, and co-trainer Paul Snowden believes there could be even bigger things to come from the $55,000 Inglis Classic purchase, who now has career earnings of almost $185,000.

“What an effort!” Said Snowden. “It certainly wasn’t our intention to be that far back but he had the horse to do it and he’s really reaching his full potential this preparation with a fantastic record since he started back.

“There’s every indication he’s going to run a little bit further in time. I thought Glyn rode him extremely well having known the horse from winning previously and certainly saved him up for the last three or four strides and you can see him really extend and was just determined to get over the line first.

“There are exciting times ahead. He’s in terrific order and I can’t see why he can’t go on with things. Who knows where we might end up.”