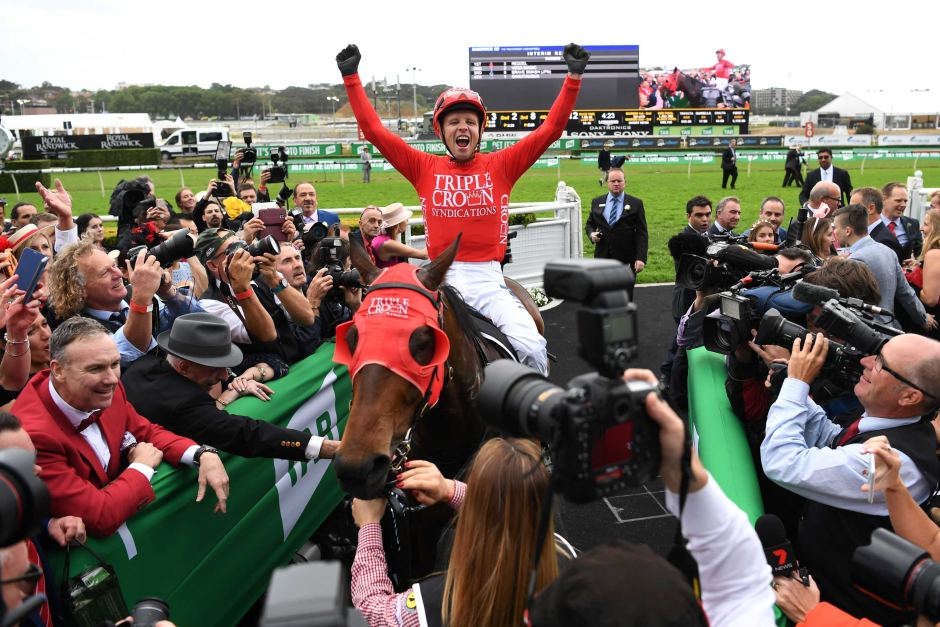 It was an extremely busy day for the Triple Crown team out at Riverside stables on Monday, but we are absolutely delighted with the four yearlings we picked up during the second session of the Inglis Classic Sale.

First to join the stable was Lot 302, a beautifully put together daughter of exciting first season sire Flying Artie, who landed the stallion making Group 1 Coolmore Stud Stakes during a glittering race career. 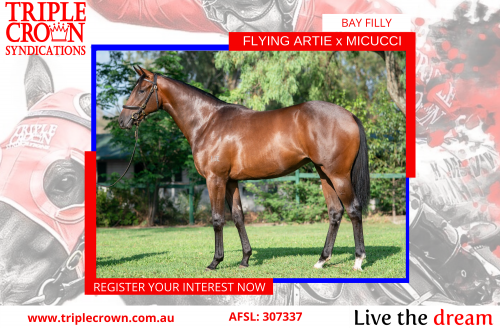 The female side of this filly’s family doesn’t let her down either, as she is out of a mare who was not only Group performed as a two-year-old, but who is also a half sister to a stakes-placed filly!

“An exciting, must have filly. Beautifully put together and she moves like the top liners do.”– Michael Ward.

From the video below it’s easy to see why we were so keen to secure Lot 302 – a daughter of the super-fast Flying Artie, who was also placed in the Group 1 Blue Diamond and Group 1 Golden Slipper as a juvenile!

Our second purchase of the day came in the shape of Lot 361, an outstanding son of Japanese Horse of the Year Maurice out of a speedy, two-year-old-winning daughter of Street Boss.

“A fast, early running colt. He looks a real speed machine and appears to be an ideal horse to target the big 2yo races!” – Chris Ward.

This colt is out of a mare who was a real speedster as a two-year-old. Her sire, Street Boss, also has the current favourite for the Group 1 Blue Diamond Stakes in Hanseatic, so there is plenty of speed and precocity in this lad’s immediate pedigree. 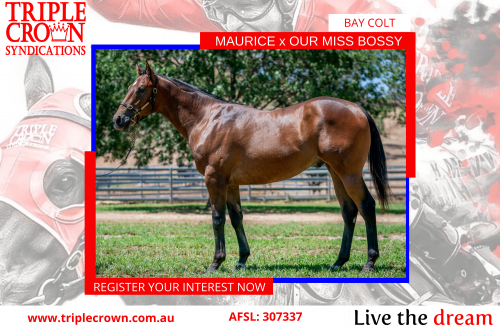 The global racing stage was dominated by Japanese horses in 2019 and we’ve taken note. Maurice, a six-time Group 1 winner, is the best Japanese horse to stand at stud in Australia and he looks to have passed on all his muscle and bone to this cracking colt.

The video below gives you an insight into how Maurice came to be known as the beast from the east!

Later in the session, the Triple Crown team picked up what could be the bargain of the sale in Lot 479, a daughter of dual Group 1 winner Press Statement who hails from the family of Group 1 winners LUCIA VALENTINA and DANZDANZDANCE.

“A magnificent filly and one of the best walkers on the ground. She hails from a great family and looks a real runner.”– Chris Ward.

This filly has bags of scope, but in all honesty it is all about her walk. When they can walk like a champion there’s every chance they will run like a champion, and few horses on the grounds at Riverside can lay claim to a walk as impressive as this filly. 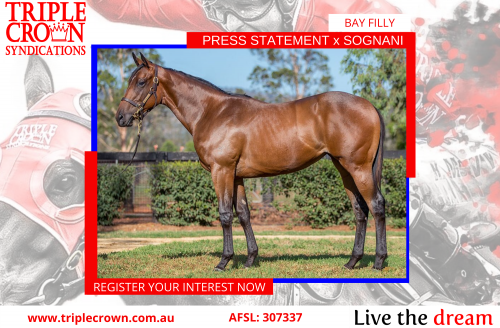 Our final purchase during yesterday’s session came late in the day, but there is no doubt that Lot 505 was worth hanging around for!

This magnificent colt is by Rubick, sire of The Everest winner YES YES YES, and is out of a three-quarter sister to the stakes winning mare CAT D’ANTIBES. 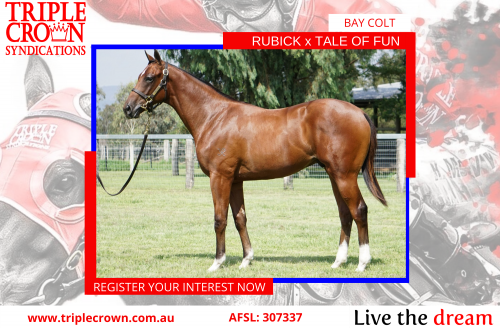 Not only is he by a gun sprinting stallion, this precocious-looking type is from the family of Group 1 Golden Slipper winner MOSSFUN!

An exceptional colt. He’s a well-balanced, strong and athletic colt who should go early.”– Michael Ward.

All four of yesterday’s purchases have the added bonus of being trained by Peter & Paul Snowden, the team responsible for an endless list of outstanding racehorses including REDZEL, CAPITALIST, PRIDE OF DUBAI and RUSSIAN REVOLUTION.

Triple Crown is Australia’s leading syndicator of racehorses and shares will be available in our purchases from the Inglis Classic Yearling Sale in roughly three days’ time. You will be notified as soon as shares are available.

Excluding those yet to run, an incredible 28% of the horses currently on our books are stakes performed, so there’s never been a better time to join the two-time Everest-winning team of Triple Crown Syndications and Snowden Racing.

Register your interest now before it’s too late!