The order of entry for the $1m Group 1 Golden Rose Stakes (1400m) was released today with Triple Crown Syndications’ filly, Peggy Jean (Myboycharlie ex Lady of Love), among the top entries. Having earned $882,525 prizemoney for her owners the daughter of Vinery shuttle sire Myboycharlie sits in third place on the ballot card.

2014 Golden Slipper winner Mossfun, Earthquake and Bring Me The Maid all feature among top entries, as well as Group 1 JJ Atkins winner Almalad. The two year old fillies certainly dominated the 2013/14 racing season but will they continue to do so at 3YO? We think so! 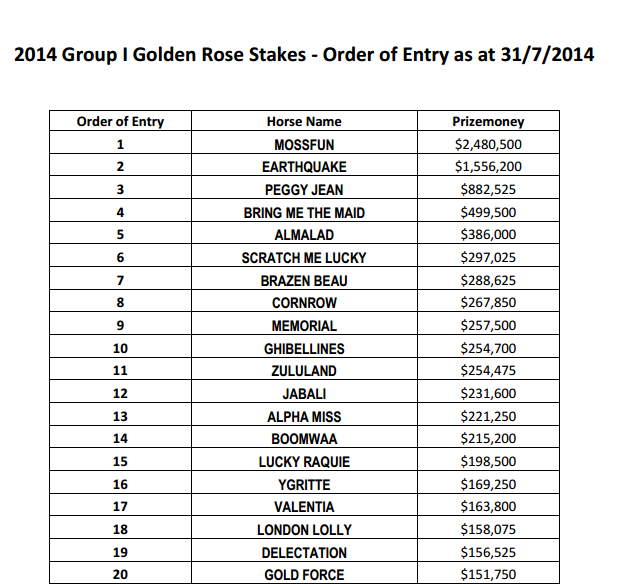