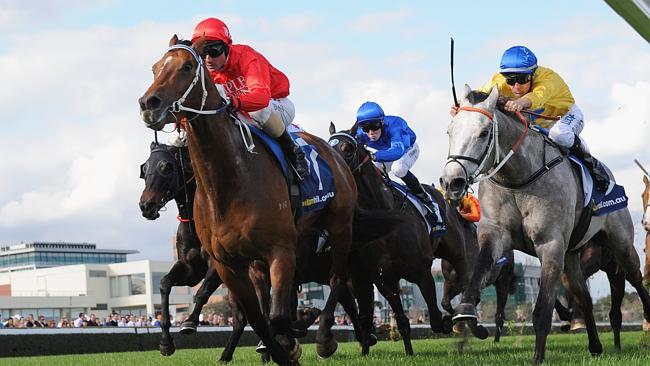 Peter Moody won a Group 1 Blue Diamond Stakes with Reward For Effort and now he may aim the stallion’s son Gold Symphony at the Group 1 Caulfield Guineas.

The master trainer used all his skill to get the three-year-old colt back to the 1100m scamper of the Group 3 Vain Stakes at Caulfield on Saturday, having prepared him for a 1400m race the previous week only to be forced to scratch him.

“He was three wide on a slow pace and when Damien Oliver’s mount (Stoker) came up on his outside he decided it was time to race,” Boss said. “He was strong to the line and even after the post he was still running strongly. I think he was ready for the 1400m. He is a lovely colt who certainly can get a longer trip than this.” 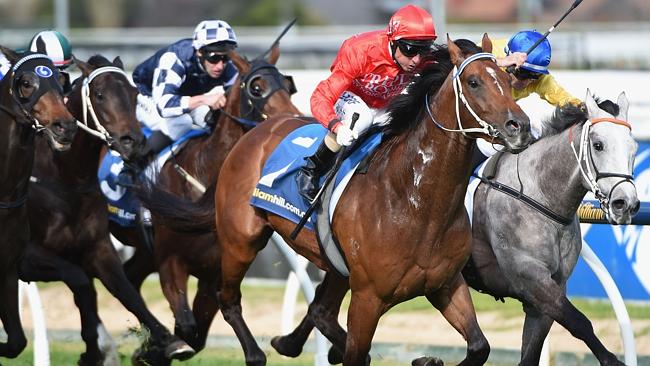 Moody said he would not be hustled into race plans for the colt but suggested he had the ability to run the 1600m of the $1 million Caulfield Guineas.

Gold Symphony has started his career impressively. He cruised to a maiden win over 1200m at Mornington and then finished strongly to finish second to Jalan Jalan at Flemington.

The step up to Group 3 was no issue and Gold Symphony could be one of Moody’s stable stars for the spring.

The win provided Moody with a double, after the win of Dig A Pony — with stablemate Spirit Of Heaven third — in the 1600m for fillies and mares.

Dig A Pony ($4) looked a sitting duck for Shadow Of The Mist ($11) with 100m to run but dug deep to salute by three-quarters of a length.