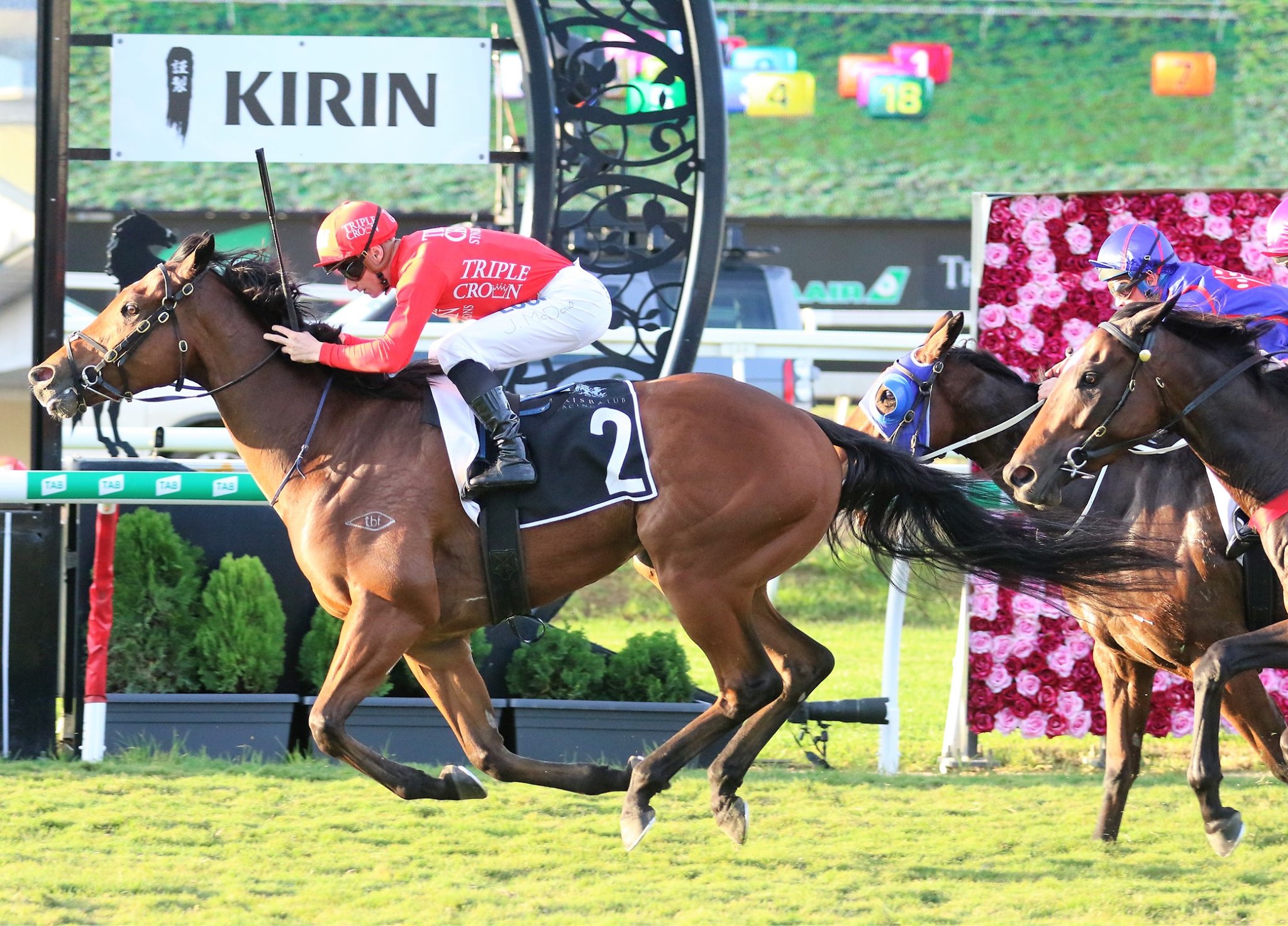 THE new $7.5 million Golden Eagle is on the radar of Triple Crown’s Military Zone after a stunning victory in the Group 3 Fred Best Classic at Eagle Farm on Saturday.

Sydney Racing’s newest feature event was announced in December last year as a 1500m race for the four-year-olds, and will act as the final act in the three part trilogy that includes the Golden Slipper for two-year-olds and Golden Rose for three-year-olds.

Military Zone, the leading Australian progeny of boom sire Epaulette, secured his third win at Stakes level when powering home at the Brisbane track to defeat Baccarat Baby by a length. The $140,000 purchase from the Inglis Premier Sale has now earned $463,530 for his owners, who duly celebrated in style.

The three-year-old was a nomination for the Group 1 Stradbroke Handicap in a fortnight’s time, however the decision was taken to prepare him for a spring preparation and a potential berth in the lucrative Golden Eagle at Rosehill Gardens.

“It’s a good dilemma to be in with the horse and we’d had our eye on the Stradbroke for a little while,” said Triple Crown’s Chris Ward to the Weekend Big Sports Breakfast team.

“But we don’t want to over do things with him at this stage. He’s not the finished product at the moment and it’s a case of either going one more or pulling up stumps, and at this moment in time I think we’re best off pulling up stumps. I think there’s a lot in store for him in the future.

“We’ve had a very high opinion of him from for a long time. He’s been one of those who has showed nice ability from day one and keeps progressing.

“Certainly a race like the Golden Eagle is in the back of the mind. There’s a nice $7.5 million carrot there as a 4Yo race over 1500m which could be right up his alley.”