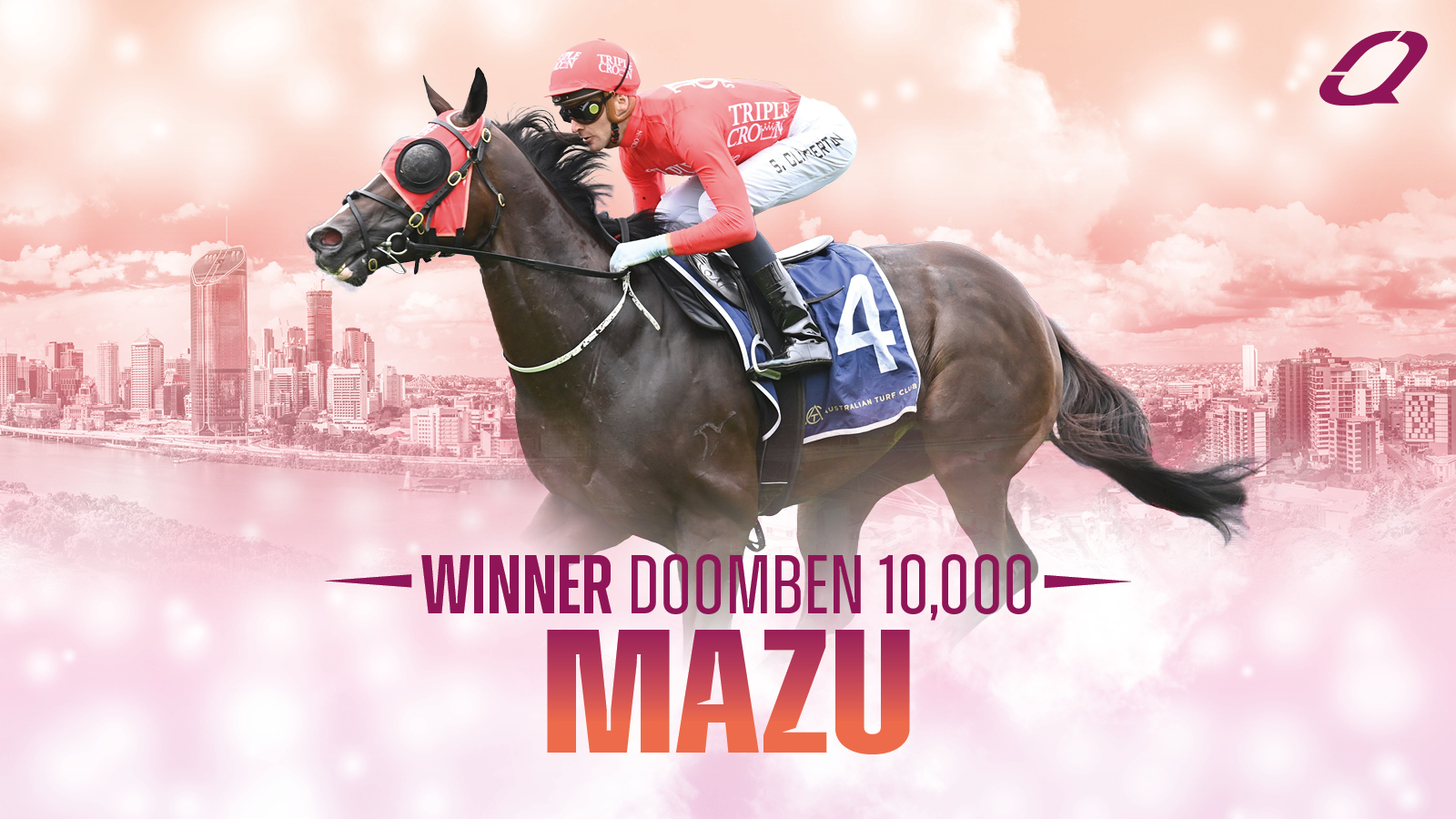 Triple Crown stable star MAZU gave his owners yet another day to remember on Saturday with a tenacious victory in the Group 1 Doomben 10,000 at Eagle Farm.

The son of Maurice showed a lethal combination of class and determination to run out a gutsy winner of the $1m contest, taking his winning streak to six and cementing his status as one of the most exciting young sprinters in the country.

Saturday’s success capped off a big week for all the team associated with Mazu, who secured a slot in The Everest for the next two years after an agreement was reached with The Star and Arrowfield in the days leading into the race.

The victory – his first at the elite level at his very first attempt – also took his record to an impressive seven wins from 11 starts for career earnings of over $1.75m.

“It has been a very good preparation, let me tell you,” said an emotional winning co-trainer Paul Snowden.

“It’s a big relief. I was watching him in the run and we used him up to get to a spot. They didn’t back off and so he didn’t get a chance to travel as he does in his races.

“He does hit that flat spot but that ability to absorb the pressure and still be strong at the end, well that is why we have got a slot in the Everest and that is why we are going to be there.’’

Mazu will now spell in Queensland for the next four weeks, before returning to the Snowden stable and targeting the $15m The Everest in the spring.

Triple Crown won the first two editions of The Everest with Redzel, who like Mazu broke through for his Maiden Group 1 success in the Doomben 10,000.

Redzel went on to win the first of his two Everests later that year, and Triple Crown’s Michael Ward is hopeful that Mazu can follow suit.

“It would be incredible to have our fourth runner in six years and to win it would be extraordinary. To see how we can change his group of owners’ lives, it would be just as good as the first one,” he told ANZ Bloodstock News.

“We know what sort of ride they are in for and they have a lot to look forward to and we are very happy for them.”

“No doubt these people had been sitting on the sidelines when Redzel was racing and saw what he was able to achieve and that was probably the catalyst for them to get involved.

A huge congratulations to Peter & Paul Snowden, winning jockey Sam Clipperton and all of Mazu’s owners on a truly memorable success!