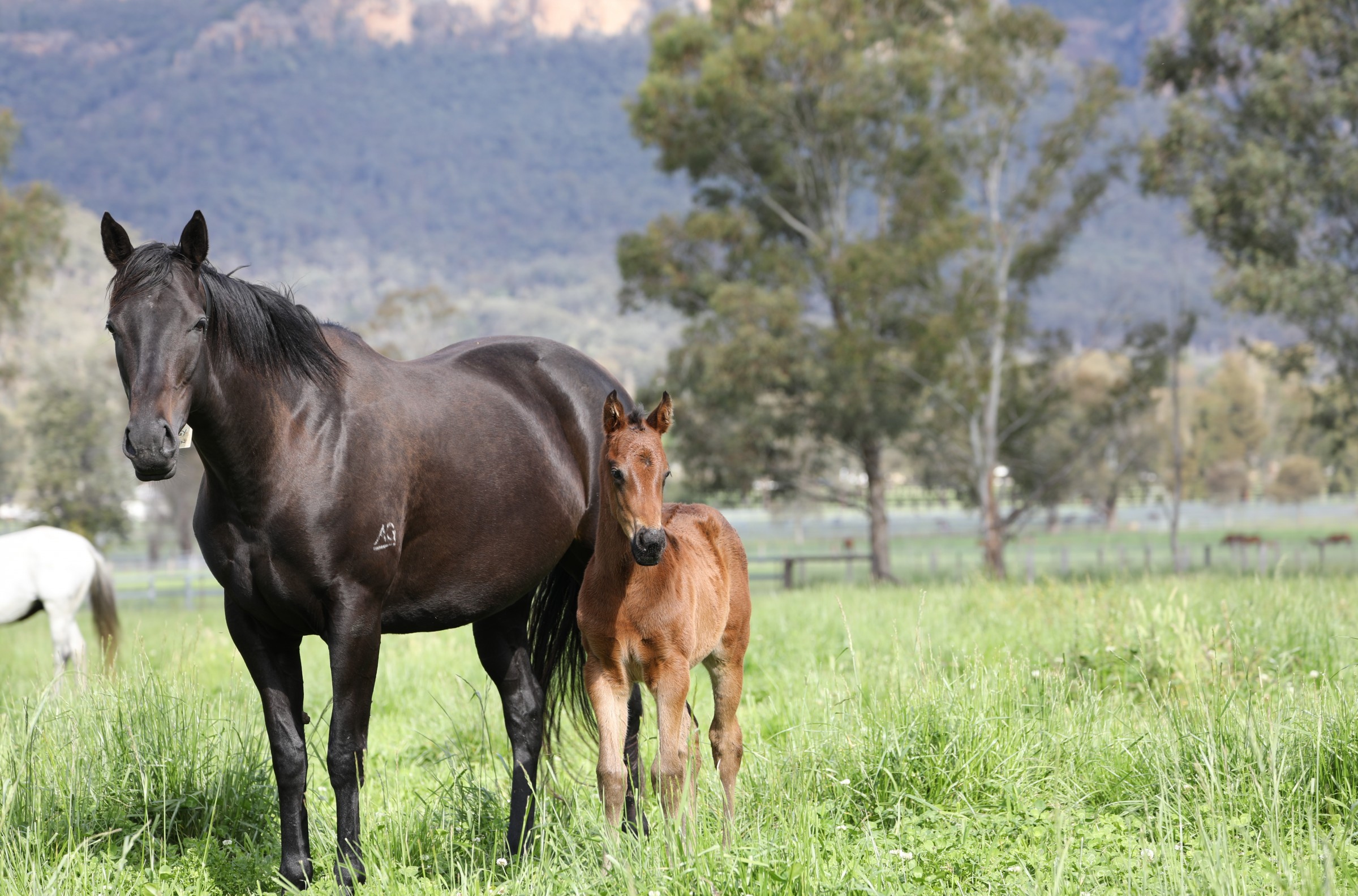 Winner of the Group  1 Inglis Sires’ Stakes and $920,000 in prizemoney the daughter of Myboycharlie  has brought her Triple Crown Syndications owners plenty of thrills on and off the track.

Sold through the Magic Millions Broodmare Sale early this year, Peggy eclipsed the $1,000,000 mark as buyers were keen on the package of a Group 1 winner in early foal to I Am Invincible.

Knocked down to Widden Stud we are sure to see plenty more of Peggy as her progeny grace the racetracks in years to come. With the birth of a lovely I Am Invincible filly by her side Peggy has shown her racetrack abilities have now been transferred to motherhood.

Peggy has now been served this season by boom sire Medaglia d’Oro who has produced the likes of Vancouver, Astern and Nostrodamus.

Whilst Peggy Jean was brought by Triple Crown Michael and Chris Ward for only $46,000 at the 2013 Inglis Yearling sale it is tough to see anyone getting their hands on the progeny of this great mare at that price. 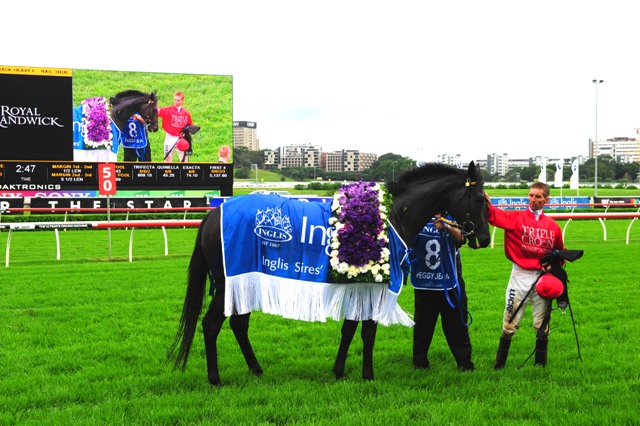