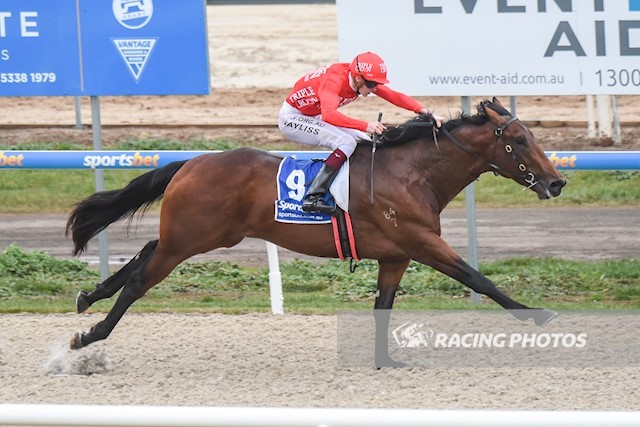 HARLEM BLUES gave his owners plenty to cheer about at Ballarat on Tuesday, running out a dominant winner of the 1000m Maiden Plate.

The son of Your Song defied a wide draw and beat a field of older horses to get off the mark with the minimum of fuss, careering away in the closing stages to score by 2.75 lengths.

A superb ride by @Reganbayliss from a wide draw 👏

Congratulations to @SnowdenRacing1 and all his owners, with a special mention to his breeder Chris Handley! pic.twitter.com/ozzhAyWam8

Having broke alertly under Regan Bayliss, Harlem Blues showed impressive gate speed on his first attempt at 1000m to sit on the heels of the leader. Despite running a little keen and showing signs of greenness, Harlem Blues moved up powerfully on the home turn and quickly hit the front, before stretching away in the closing stages to register a comfortable first victory.

Peter & Paul Snowden’s Melbourne Foreman, Andrew Angellone, was delighted with the performance: “We were going to try and find a bum to get him to relax, but he jumped so well, sat outside the leader and was too strong late,” he said.

“In his first assignment this prep we again wanted to find a bum and he just got lost four, five wide without any cover. He got his head up and just overraced a bit, and today I think that experience at the track helped him this time in.

“He’s definitely got some ability. He’s still got a lot to learn, as you saw at the top of the straight he just wandered a little bit, but a couple of reminders from Regan and he focused right up.

“I think he’ll be better off being midfield and really letting down in the straight, but today we found out he can jump up on speed, show good gate speed and still finish well.

“He’s always shown that he can gallop well and he’s starting to put it all together now.”

All in all it was a stylish maiden victory for Harlem Blues, who looks to have a bright future ahead. Congratulations to all his owners, with a special mention to his breeder Chris Handley.

It all bodes well for his yearling brother RAIN BOY, who like Harlem Blues was bred by Chris Handley and will carry the red and white silks of Triple Crown.

← The Lad proves Invincible at Gosford
A Super Saturday for The Red! →
Tweets by @TripleCrownSynd