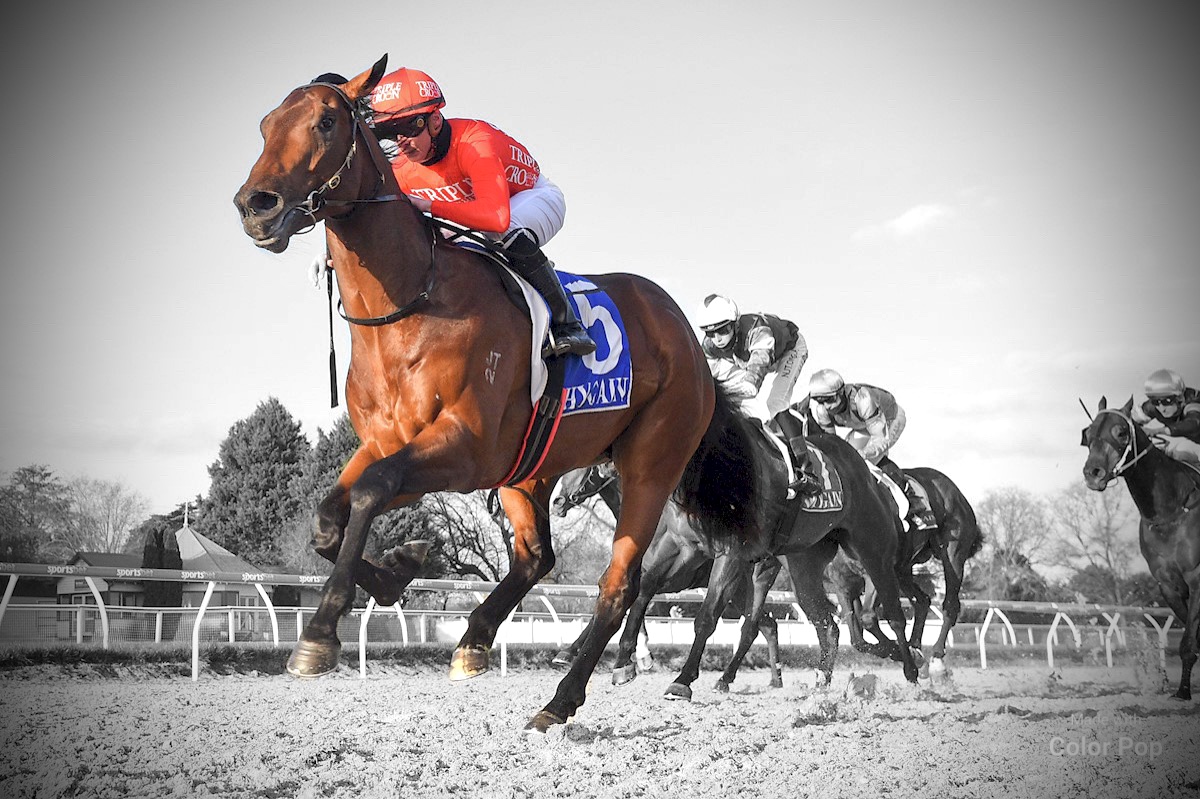 HARLEM BLUES recorded his second career victory at Ballarat on Thursday, again beating the older horses to run out an impressive winner of the 1100m Class 1 Handicap.

The only juvenile in the 12-strong field, Harlem Blues got away well from his awkward barrier but was unsurprisingly posted wide in the early stages. Daniel Moor elected to bring him back to a position just worse than midfield, where he eventually found a bit of cover and relaxed a touch better.

Moor then asked his mount to improve his position in the run to the turn and he duly obliged, but Harlem Blues was forced to corner five-wide as they straightened up for home.

The son of Your Song let down strongly in the straight, and after showing a little inexperience when hitting the front inside the 200m mark, he dug deep when challenged to extend his advantage close home. The winning margin was one-and-a-quarter lengths on the line, with co-trainer Peter Snowden rapt to see Harlem Blues win for the second time as a two-year-old.

“There was a lot of merit in what he did today. He was wide, he went back, he went forward, he went around them, and then he found, all with 59.5 kilos on his back.

“All his runs this time in have been pretty good, but today showed that once he finds a backside, he drops his head and relaxes beautifully, and then when asked to quicken he does it in a stride.

“He’s come a long way this preparation in the few runs that he’s had, and he has learnt a lot about racing. Today he was ridden the right way to learn to race which I’m really happy about.”

Harlem Blues will now head for a well-earned break having recorded two wins, a second and a fourth from four starts in just his second preparation.

“I suggest we give him a bit of a break now. Some of these runs have been really tough on him and he gives everything, so let’s leave a bit in the tank for next time through,” Peter Snowden added.

“We’ll get him back on grass tracks in the summer months and I’m sure he’ll continue his winning ways.”

A superb preparation from Harlem Blues and congratulations to all connections! A special mention goes to the Snowden Racing Flemington team, where Harlem Blues is stabled, and to his breeder Chris Handley, who is enjoying the ride as a part-owner of this progressive colt. 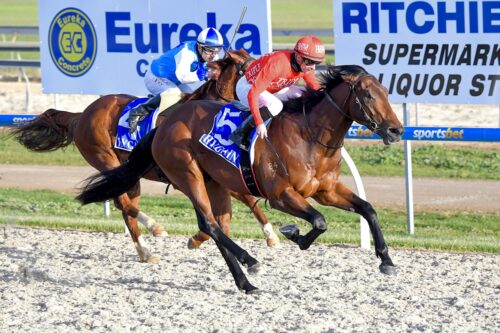 Harlem Blues with his ears pinned back, careering away to victory. Credit: Racing Photos