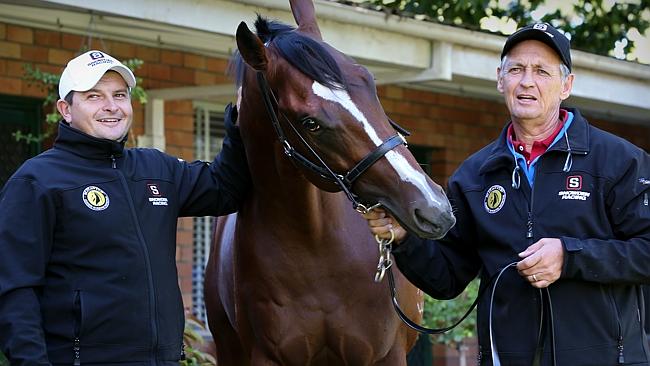 “Hawkesbury is always a tough day trying to get a winner,’’ the champion trainer said.

It won’t be any different this weekend with the 10th Hawkesbury stand-alone meeting attracting a bumper 165 entries for the eight-race program.

Snowden is now in a successful training partnership with his son Paul and together they have entered a quality team of eight runners for Hawkesbury on Saturday with potential representation in each of the feature races including: 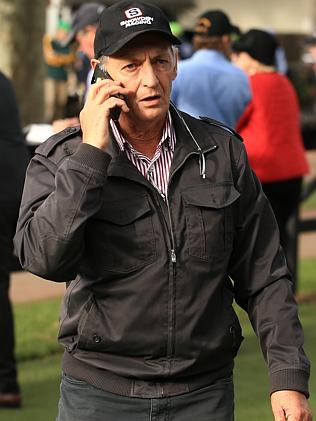 Trainer Peter Snowden has a quality team of eight runners entered for Saturday.

Dublin Lass, who resumed with a strong win at Randwick on April 18, has also been entered for a Benchmark 85 sprint (1300m) with Snowden yet to decide which race to target with the mare.

“She may go to the Darley Crown although it does look a solid race,’’ Snowden said.

“The easier option is there for her so we will have a good think about it. Rose Of Choice is a definite starter, she goes well fresh and has trialled nicely.’’

Snowden has Lucky Lago primed for the Hawkesbury Gold Cup, the only feature race at the meeting to elude the trainer.

“Lucky Lago has had no luck in each of her two runs back,’’ Snowden said. “With a better draw she will be a chance.’’

Snowden conceded his Guineas hopeful Proactive will also be nominated for a maiden at Newcastle on Saturday and the trainer may elect to go there to give the three-year-old his best chance of winning his first race.’

The Snowden stable is also hoping for Gypsy Diamond to continue her winning form in the Listed $140,000 Wagga Wagga Gold Cup (2000m) on Friday, while outstanding mare Miracles Of Life is a starter in the Group 1 $400,000 Robert Sangster Stakes (1200m) at Morphettville on Saturday.