Headwater ready for the Vancouver challenge in San Domenico Stakes 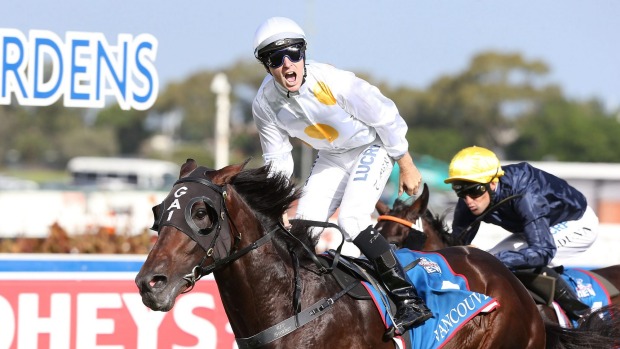 Gai Waterhouse has decided Vancouver doesn’t need another barrier trial and is ready to go to the races at Rosehill on Saturday. Tommy Berry will once again be in the saddle as the Medaglia d’Oro colt, valued at more than $40 million after his sale following the Golden Slipper, gets back in action.

Vancouver’s presence provides the August meeting with some star power and will give other stables an early measuring stick for their Golden Rose hopefuls.

Godolphin will have only Haptic, 12th in the Golden Slipper, in the group 3 showdown, while Peter and Paul Snowden could start (Triple Crown colt) Redzel, third in the Kindergarten Stakes in the autumn and a recent trial winner. Chris Waller, meanwhile, has winter revelation Japonisme in the race.

The Hawkes racing team is attempting to manage its strong group of three-year-olds and it will be Headwater’s turn to represent on Saturday. If he runs in Sydney, Blake Shinn will ride but there is still an option of starting him in the Vain Stakes at Caulfield. The final decision will come down to weather and conditions rather than any considerations about the opposition.

“[Vancouver] is a champion horse but they’re all there to get beaten. Bring it on, we are going to meet him sometime,” Hawkes said. “We are flexible with our horses and try to place in best advantage and if that means going to Melbourne we have that option with the stables down there. We are keeping that option open.”

Team Hawkes decided Golden Slipper placegetter Lake Geneva needed a win, so was happy to take her to Hawkesbury last Thursday for a maiden victory. The Hawkes have been masters at getting the best out of their team. Headwater races in the Vinery Stud silks and, given that he is a colt, there is the consideration of a career beyond the track.

John O’Shea will roll out more of the Godolphin three-year-old squad at the trials this week, with only Haptic ready for the San Domenico.

“I think Vancouver will scare a few off but [Haptic]  is a sprinter that is ready to go,” he said.

Japonisme, which has put together a hat-trick of wins this preparation, steps up to the group company and premier trainer Waller is under no illusions of the task.

“We are going there to find out a bit more about him and he hasn’t meet opposition of this standard before. He is fit and it is the right race for him but it will be very tough,” Waller said.

Peter Snowden will test the waters with Redzel in the San Domenico, while his dual group 1 winner Pride Of Dubai is still a couple of weeks away from trialling.

“It will tell us where [Redzel] stands, he won a trial very smartly but these are serious horses,” Snowden said. “We are looking to trial Pride Of Dubai on August 17 and then make a decision about the Golden Rose. He comes to hand quickly and the Run to the Rose is an option for him that is two weeks out from the Golden Rose and fits well. Hugh Bowman has been booked to ride [Pride Of Dubai] this time in.”