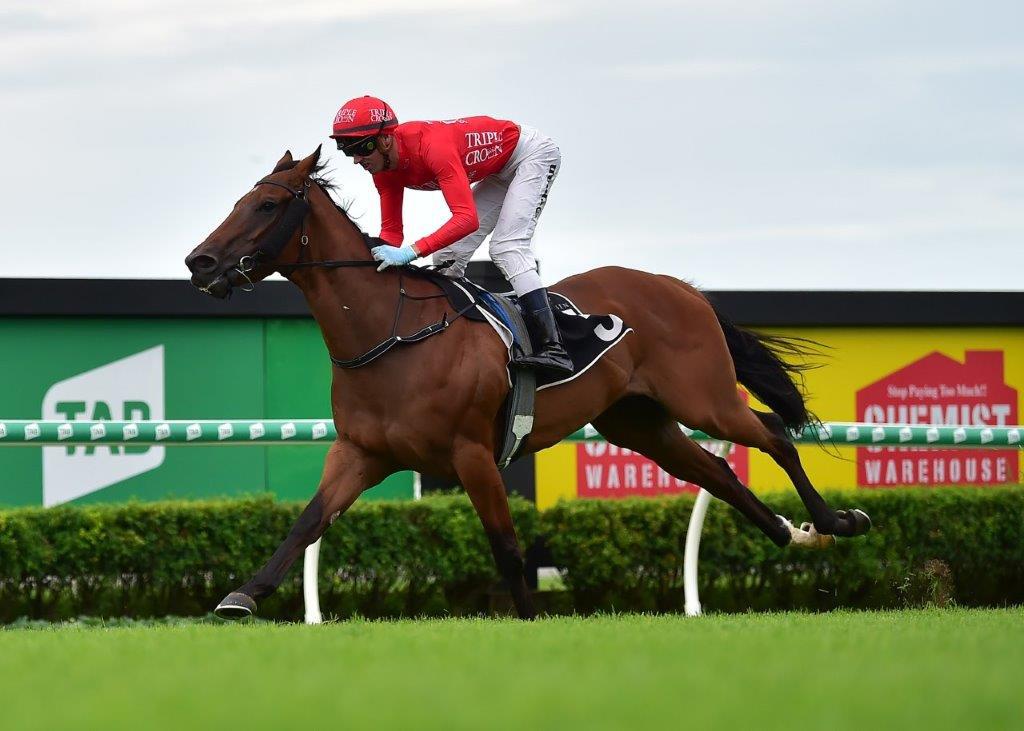 Talented four-year-old SMART IMAGE bounced back to form in emphatic style at Doomben on Saturday after bounding away with the Class 3 Plate.

The son of Smart Missile was dead last turning for home but produced a devastating turn of foot to score by two-and-a-half-lengths, in what was arguably the most visually impressive performance of the day.

Smart Image was having only his second start in Queensland and had no luck at all on his debut for the Tony Gollan stable, when he failed to find a gap up the rail in the straight.

Saturday’s win marked a return to the sort of form that saw Smart Image record a trio of metropolitan wins in Sydney when trained by Peter & Paul Snowden, and winning jockey Jimmy Orman is confident that there is more to come from him after such a confidence boosting win.

“The tongue tie has helped him a lot,” Orman said in his post-race report. “He was a little bit tardy away today, but he didn’t show much (early) speed anyway.

“The tempo was good and I was off the bit from the 600m, but before the corner I really shook him up and when we straightened I always knew I was on the winner.

“He rattled and was very impressive late. He made a mess of them.

A $100,000 purchase from the Magic Millions Gold Coast Yearling Sale in 2019, Smart Image has now won four metropolitan races and earned over $230,000 in prizemoney in the process.

He is now set to return to Doomben on Saturday 9 April for the Class 6 Handicap over 1200m.

Congratulations to the team at Gollan Racing and all Smart Image’s owners!