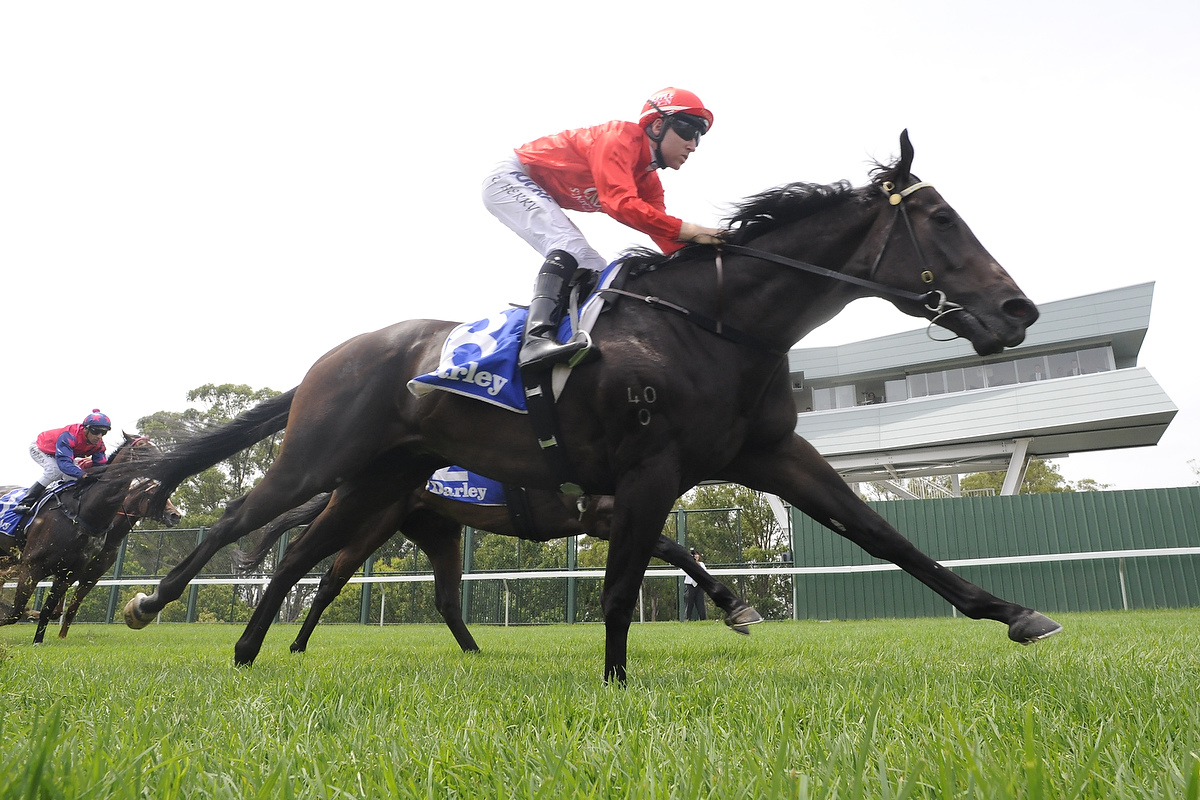 The Gerald Ryan trained runner was partnered by young gun Tommy Berry, after the combination produced an impressive trial win at Rosehill two weeks prior.

Sent out favourite in the betting market, Royal Occasion didn’t disappoint punters, or connections, when he crossed the line half a length ahead of the field.

After missing the start slightly Berry settled the son of Lonhro in a midfield position. He travelled here quietly but confidently throughout the trip before bravely taking the split on the inside rail when turning for home. Berry guided him through the gap expertly and the 3YO hit the lead with 200m to go before running on strongly to the line.

Ryan commented post race that he is expecting Royal Occasion to take good natural improvement from his first start who will most likely be looking to get over further ground in future races. While a complimentary Berry said the Triple Crown runner was relaxed and professional at his first start with a great attitude.

Triple Crown rounded out a good day day for owners at Hawkesbury with the resuming Eight Straight (Lonhro ex Go Ruby Go), also by Lonhro, making a nice return to the track when finishing third in the Hawkesbury Trainers Class 2 Handicap. The 4YO carried a big weight when running over 1400m first up after a spell, however jockey Hugh Bowman couldn’t have been happier with his performance and the entire team was thrilled to see him return to the track in such good style.