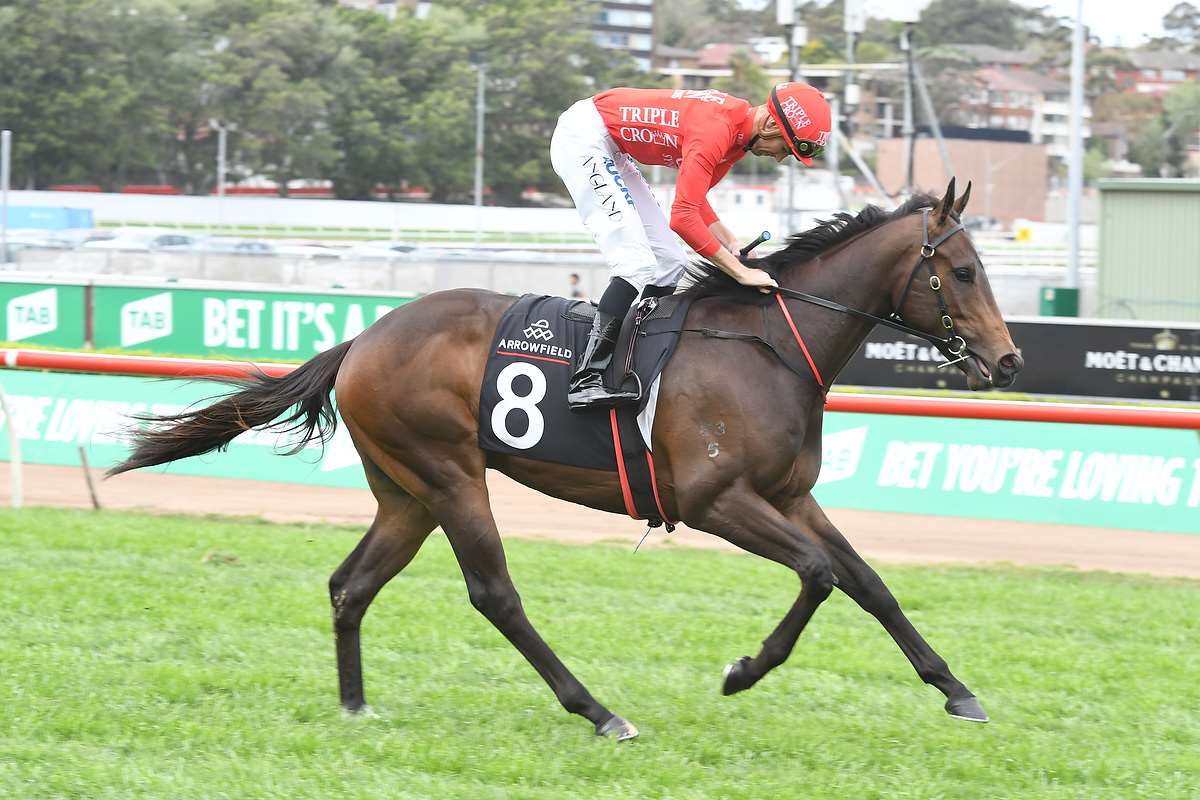 HE went hard and held off all-comers at the crunch as Invincible Lad soared to victory in the Metro & Provincial Maiden Handicap at Gosford on Thursday.

Already Stakes placed as a two-year-old, Invincible Lad had found the going tough on the recent heavy tracks, but a return to good ground saw him jump and show blistering speed, before proving strongest at the finish to hold off the Joe Pride-trained Royal Witness.

Blake Shinn was once again delivering a Triple Crown winner, as he utilized the good break to sit outside early pace setter Sent From Above in a furiously run race. As her challenge faded, Invincible Lad held strong to win by a half-length.

It was no less than his faithful owners deserved and marked a sixth Triple Crown winner in the last 15 days, with the red silks looking to end a record-breaking season on a high.

“The horse did a great job,” said Shinn. “He bounced well and got across and always travelled nicely. It was just a matter as to whether he had that desire to attack the line in the last 200.

“The firmer ground was key and it made the difference today. He was nice and genuine to the line and it was a really nice win.”

← Island Missile explodes to ripping victory
FINAL 10% left in our cracking colt from a Champion 2YO Family!! →
Tweets by @TripleCrownSynd