Just 10% remains in our terrific colt by a rising stallion star! 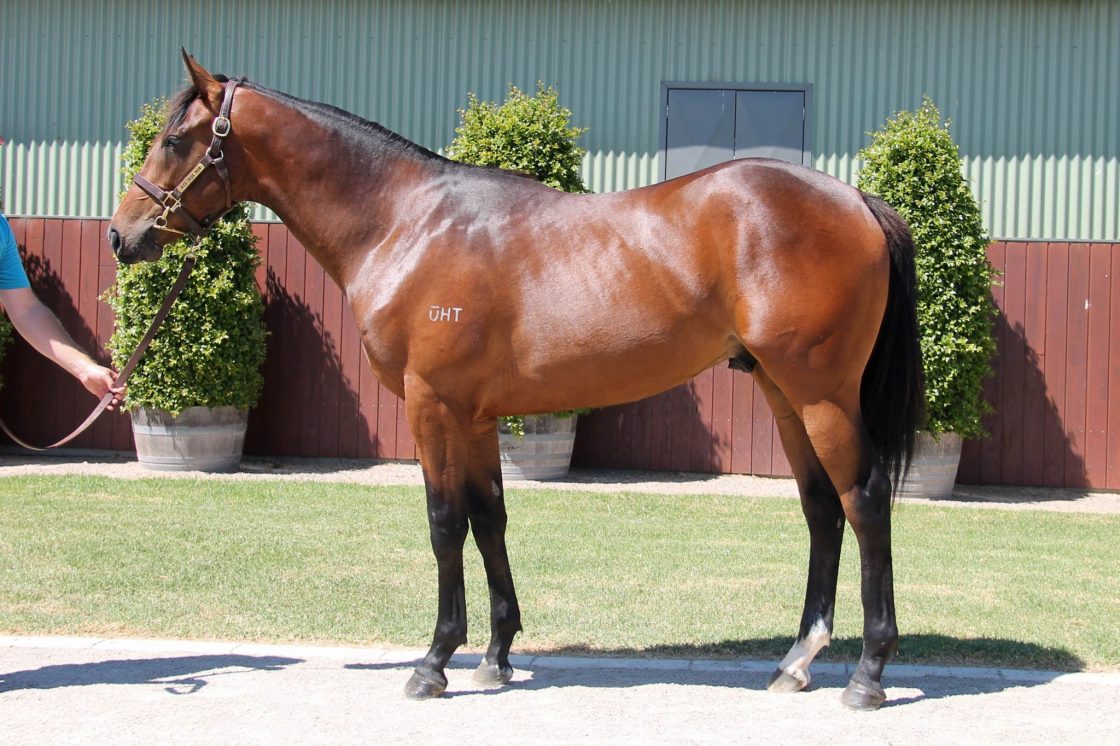 NOW is the time to race an Epaulette! The rising stallion star now has his second-crop of runners on the track, and is proving THE stallion to side with, having had more Group-race winners than any other Australian First-Season sire ever! 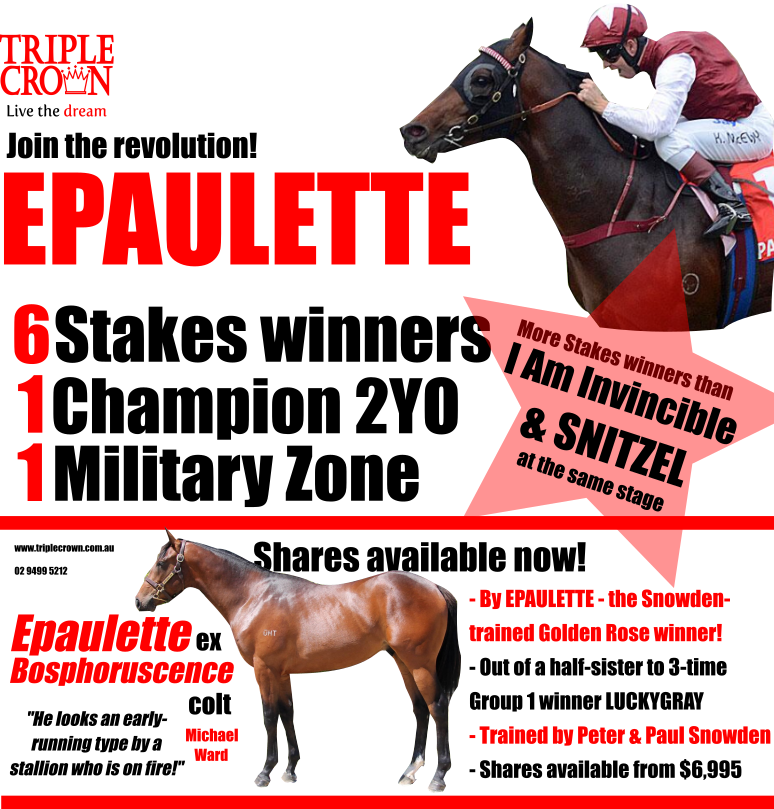 And it’s just so that at here at Triple Crown, we think a lot of them too! Having already selected emphatic Stakes-winning 3YO MILITARY ZONE, you can join in the success of Triple Crown and Epaulette in this cracking colt out of a half-sister to a three-time Group 1 winner! But hurry, as just 10% remains in this terrific colt!

A powerful colt, he looks every inch the early-2YO type with his compact, spring-loaded frame and his pedigree is there to match, being from the family of Group 2 Todman Stakes winner DIEGO GARCIA, who won three of his first four races as a 2YO. While his dam, Bosphoruscence, is a half-sister to LUCKYGRAY – a three-time Group 1 winner on the track who earned in excess of $2.6million!

He has the class of all the Epaulettes. A big, strong rear end is coupled with a lovely walk and good stride length, as this colt will be given every chance under the stewardship of the trainers of Epaulette himself, Peter & Paul Snowden.

“Early running type by a stallion who is on fire!” – Michael Ward

The Group 1 Golden Rose winner is off to a flyer, with six Stakes winners, including a Champion 2YO within his ranks, which is more than stallion greats Snitzel and I Am Invincible at the same stage of their careers, while he has more Group-race winners than any other Australian first-season sire ever! He is a stallion heading towards the very top. 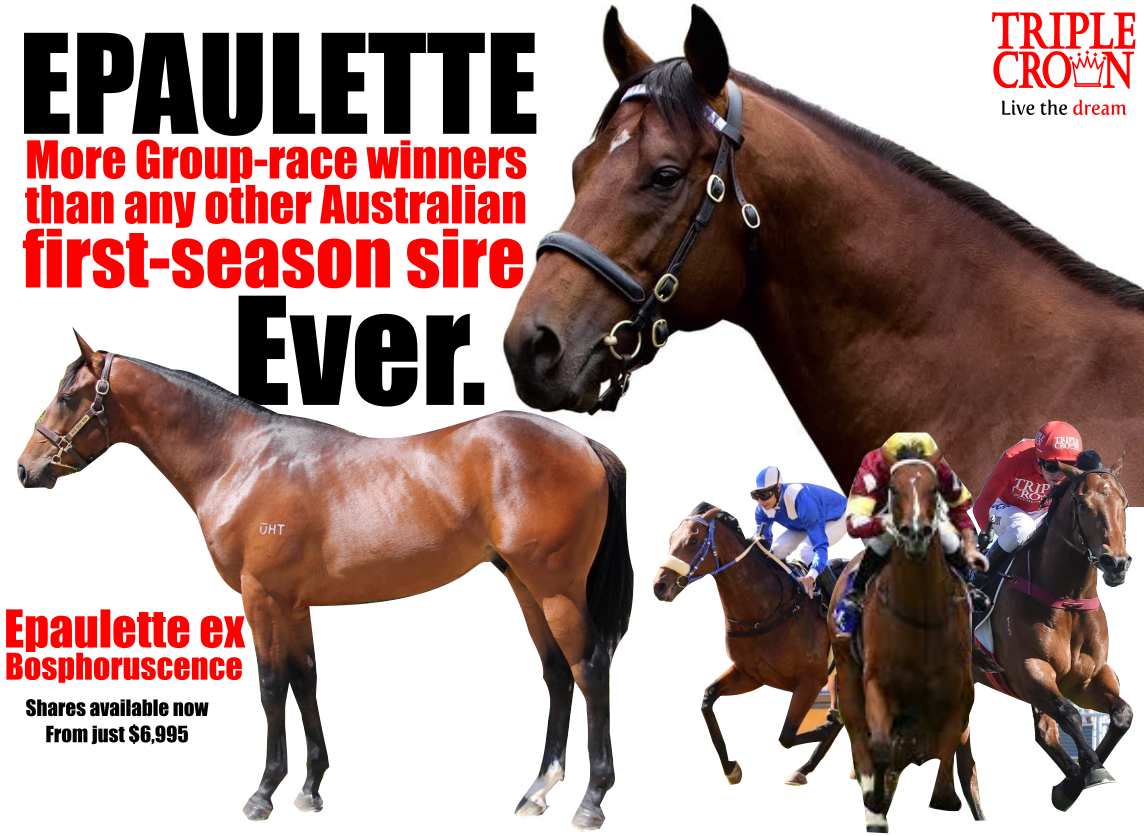 And NOW is the time to get involved. Epaulette stood for a fee of $27,500 in 2018. With his continued success that figure is only set to rise, and with it the price of his yearlings will increase also. So get involved with racing an Epaulette colt NOW! Just 10% of shares remain from just $6,995 per 5%, he’s a quality colt at exceptional value – value that won’t be around for much longer!

CLICK HERE for more information of how you can get involved, and Live The Dream with Australia’s leading syndicators, and Snowden Racing!

← Dothraki in Group 1 challenge and Redzel returns in four-pronged Stakes attack
The standout filly of the Classic Sale – Shares are available NOW! →
Tweets by @TripleCrownSynd