Expertly piloted by Craig Newitt the 3yo flew the gates before traveling very kindly just behind the leaders. Some may have thought Newitt had pushed the button too early on the gelding as he took off just before turning for home, however the senior jockey had timed his run perfectly and got the other runners off the bit and chasing nice and early with a ‘catch me if you can’ ride. Kwanza proved too strong as he powered down the straight to clinch an exciting victory.

Kwanza has successfully earned a prize money cheque at each of his five starts this preparation and gave the kitty another big boost for his Triple Crown owners yesterday.

Trainer Mick Price commented that Kwanza relished the Slow 7 track yesterday and it was another strong effort. He will now send him for a very short break on the water walker before returning to look for some further wins whilst he is in such good form.

Kwanza’s win has continued the great run of success that Triple Crown and their owners have achieved with the progeny of Arrowfield resident, Snitzel. He follows in the footsteps of the likes of Hot Snitzel, Flying Snitzel,Centrepet etc. 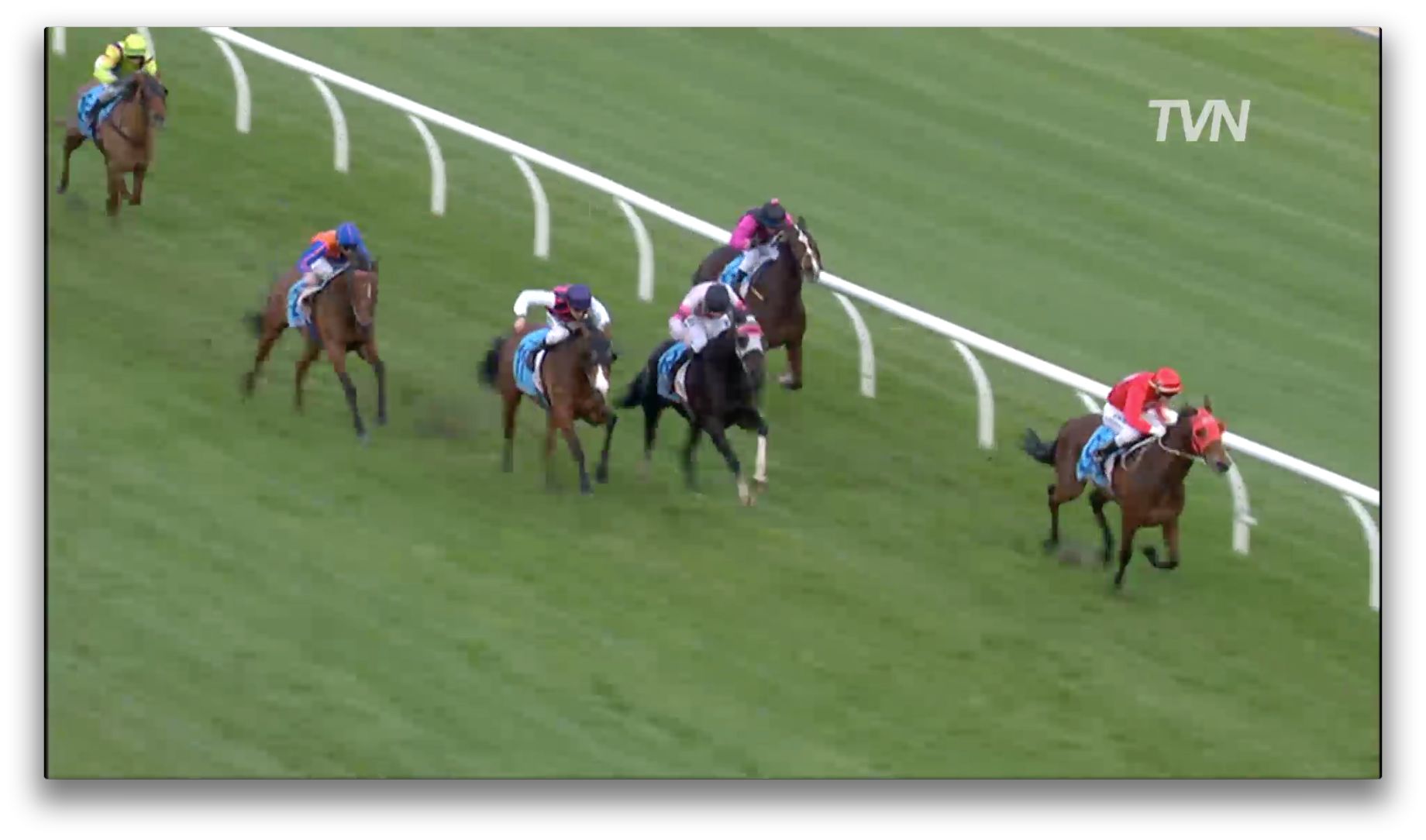 Click the above picture for the race replay from The Racing Network.