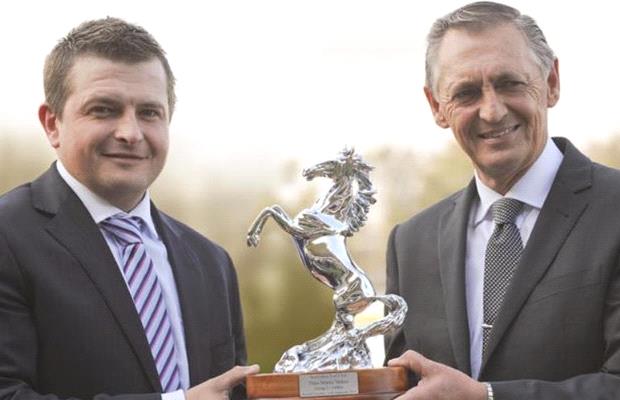 The Peter and Paul Snowden stable could have another Magic Millions candidate in Mooshakissa after the two-year-old filly secured a valuable win at Warwick Farm on Wednesday.

The Snowdens’ Gold Coast Magic Millions team is already likely to consist of around half a dozen runners with the likes of Capitalist, Detective, Flippant, and We’re Sure all high up in their respective order of entries.

In Wednesday’s Hyland Race Colours Plate (1100m), Mooshakissa ($2.20 fav), a $200,000 purchase at the Gold Coast Magic Millions Yearling Sale back in January, collected $23,025 in prizemoney after a three length win over seven rivals.

The daughter of Duporth was ridden in front by Blake Shinn and the pair followed the rail from start to finish.

“She was pretty good, there was no doubt about it,” Peter Snowden said.

“She drew barrier one and had the benefit of racing before which put her in good stead for today.

“She seems to be thriving at home at the moment so that’s always a good sign.”

In regards to the $2 million Magic Millions 2YO Classic (1200m), Snowden said he is yet to map out a path to the race.

“You’ve got to think she’s worthy of a chance of going up there now,” he said.

“I’ll see how she does, I might only give her a trial between now and the race.”