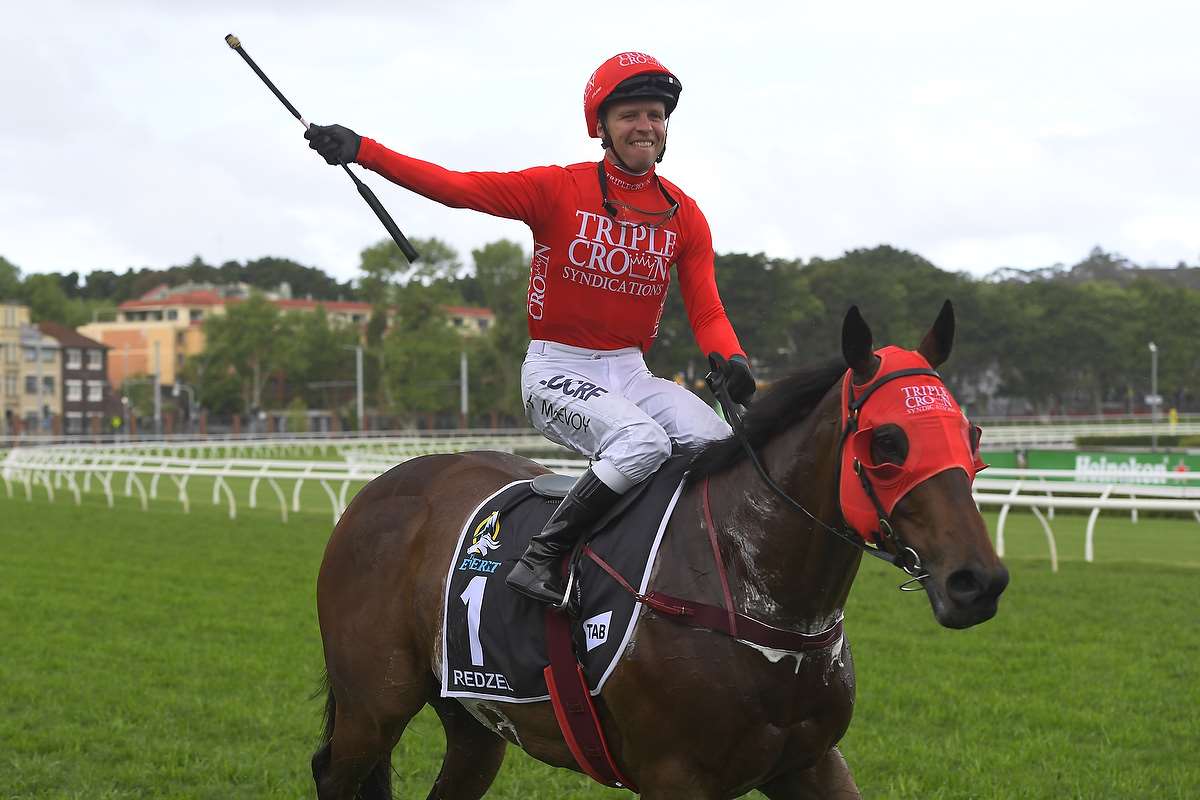 TRIPLE CROWN SYNDICATION’S Redzel produced an enormous display of speed and courage to win the $13 Million Everest in wet conditions at Royal Randwick on Saturday, repeating his triumph in the inaugural running of the world’s richest race on turf 12 months previously.

Redzel, whose ownership is made up of 17 everyday Australians with a love for racing, took his career prizemoney to $15,372,000, becoming the second highest earning racehorse in Australian racing history, behind only wondermare Winx.

The leading son of Snitzel was purchased by Triple Crown for $120,000 in January 2015, with his owners arriving from all walks of life and include a mechanic, doctor, electrician, police officers, teacher and concreter among others within the syndicate.

CLICK HERE to receive details of all our new ownership opportunities

Redzel jumped quickest from the gates and jockey Kerrin McEvoy delivered Redzel to perfection as he led from start to finish in the 1200m sprint, defeating Trapeze Artist by a length and a quarter, with Osbourne Bulls in third under an enterprising ride from Tommy Berry on the stand’s side.

Trainer Peter Snowden was full of emotion after winning The Everest for a second year in succession.

“It’s very hard to explain how I feel right now,” said Snowden. “As proud as I was and as happy as I was – it just didn’t seem real. It’s a weird feeling – I’ve never felt like that before.

“It’s a very special race on our calendar and to win it twice is just an unreal feeling.”

“It was a really, really good field there yesterday – not a weak link in any one of them,” added Snowden. “The rain came and our bloke is such a professional in the wet and it certainly helped his chances.

“It took a little of tweaking to get him here to The Everest after missing The Shorts but we had time up our sleeve and he improved from his run in The Premiere which I thought he would do.”

As for a third Everest triumph in 2019? “We’ll dare to think, but let’s just enjoy this moment for a little while anyway!”