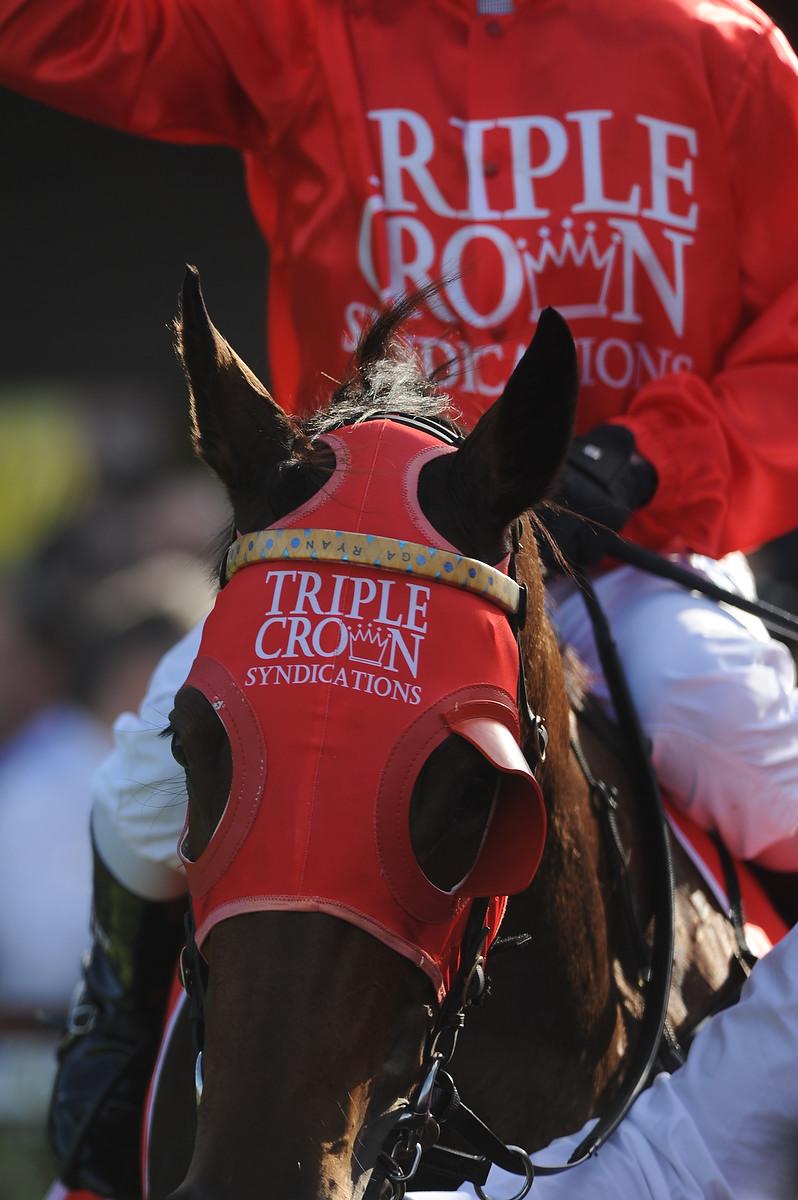 There has been a lot of talk surrounding the first crop of yearlings by Group 1 Golden Rose Stakes winner Astern, hardly surprising given his exploits on the track, and they duly lived up to expectations in the ring, selling to a high of $725,000. That’s just one of the many reasons why we are ecstatic to have secured Lot 798 – a powerful son of Medaglia d’Oro’s highest-rated son out of a 2YO-winning mare by three-time Champion Sire Snitzel! 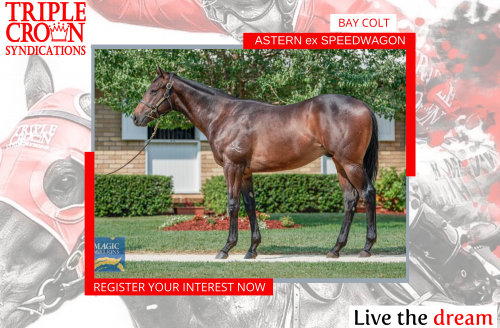 The second foal out of Speedwagon, who lived up to her name when winning on debut as a 2YO and is a sister to Magic Millions 2YO Classic placegetter Schiffer, this precociously-bred colt also hails from the family of Group 1-winning siblings SHARVASTI AND SHASTRI.

He will head into training with Peter & Paul Snowden, the team responsible for an endless list of outstanding racehorses including REDZEL, CAPITALIST, PRIDE OF DUBAI, RUSSIAN REVOLUTION and EPAULETTE.

Triple Crown also struck for Lot 814 shortly after, landing this beautifully put together son of leading stallion Sebring out of a half-sister to no less than three stakes performers.

This colt is a close relation in blood to champion racehorse CRITERION (also by Sebring) and bears a striking resemblance to the four-time Group 1 winner! 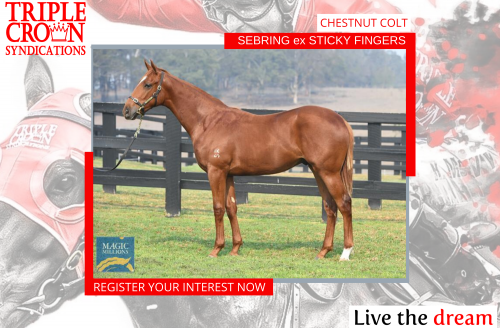 The pedigree appeal doesn’t end there either, as this handsome individual descends from an extremely prolific family on the distaff side. The 19 foals to race out of his second and third dams have all won, while Group 3 winner Mica’s Pride (under the third dam) has produced 10 winners from 10 runners, including Group 1 scorers CRITERION and COMIN’ THROUGH!

On that evidence this colt is a ready made winner, and Peter & Paul Snowden certainly know how to train those!

“A special colt with good strength and athleticism. This boy looks so much like Criterion, who also hails from this family. If he runs half as well, we’ll be laughing,” said Michael Ward.

SHARES WILL BE AVAILABLE IN BOTH OF THESE COLTS AND ALL OUR MAGIC MILLIONS GOLD COAST YEARLING SALE PURCHASES IN THE NEXT FEW DAYS!