Mantra’s a missile as she stays unbeaten with Listed win 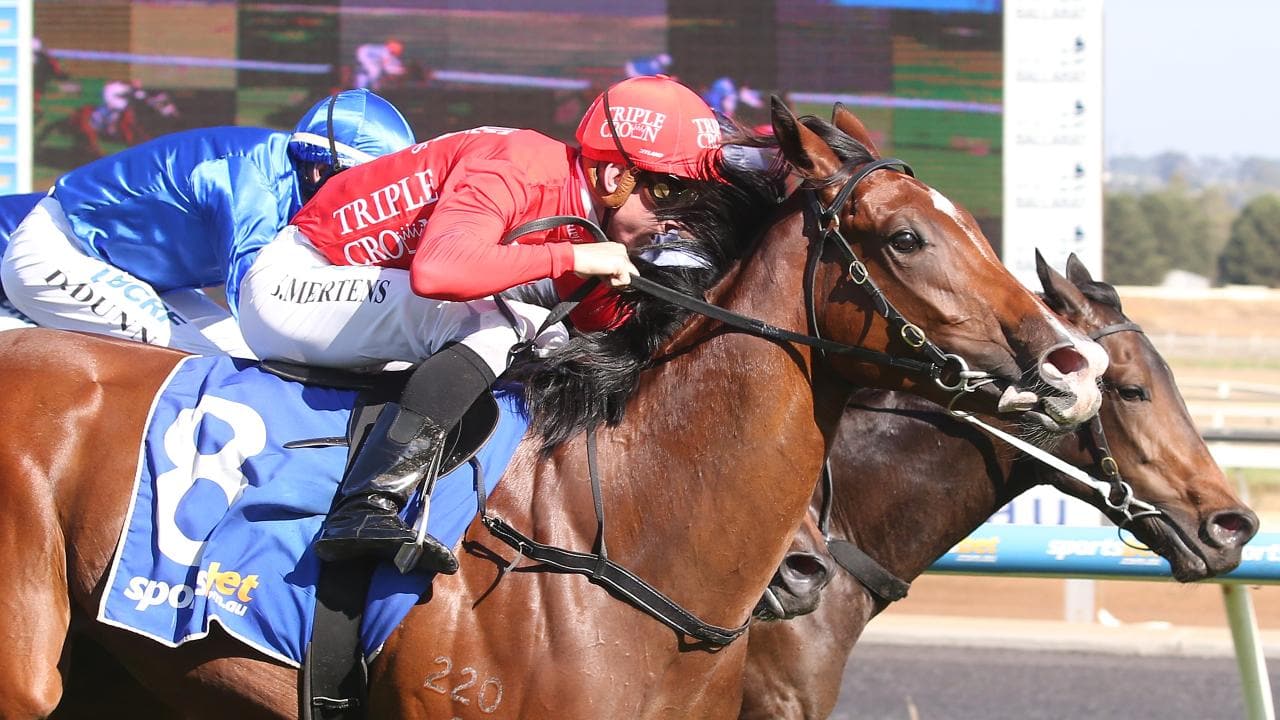 MISSILE MANTRA took her record to two wins from two starts when claiming a Listed success on Saturday at Caulfield as the 2YO filly romped away with the Redoute’s Choice Stakes.

The Peter & Paul Snowden-trained filly was selected & purchased for just $30,000 by Chris & Michael Ward’s Triple Crown Syndications at the Magic Millions Sale in 2018, and in just two starts she’s broken through the $100,000 mark in prizemoney and added valuable 2YO Black type to her pedigree.

The daughter of Smart Missile stepped markedly up in grade after landing her Maiden win just two and a half weeks prior, but she dominated a field of talented juveniles, surging clear to win by an increasing margin on the line.

Jockey Beau Mertens, who again partnered the filly after success at Ballarat, settled her in the final third of the field for the 1200m trip and peeled off wide entering the straight, with the filly letting down superbly to justify late market support.

Mertens was impressed with the effort and said the filly will only improve from here.

“She’s a very nice horse,” Mertens said. “It’s only early days with her now. Today, she did a lot more right than she did at Ballarat in travelling-wise and going a bit straighter.

“She’s a filly going places. I really like her.

“She’s only going to improve on herself and next prep, she’s going to be a lovely, lovely horse.”

In what was a five-pronged Stakes attack on the weekend, Triple Crown mounts picked up more black type at the Scone Carnival as Brave Song and Military Zone both thundered home in the straight but were denied victory as they ran second in their respective Listed events at the Hunter track.

Both now head north as they continue their preparations at the Brisbane Winter Carnival.