Mazu cut from same cloth as Redzel ahead of Doomben 10,000: Paul Snowden 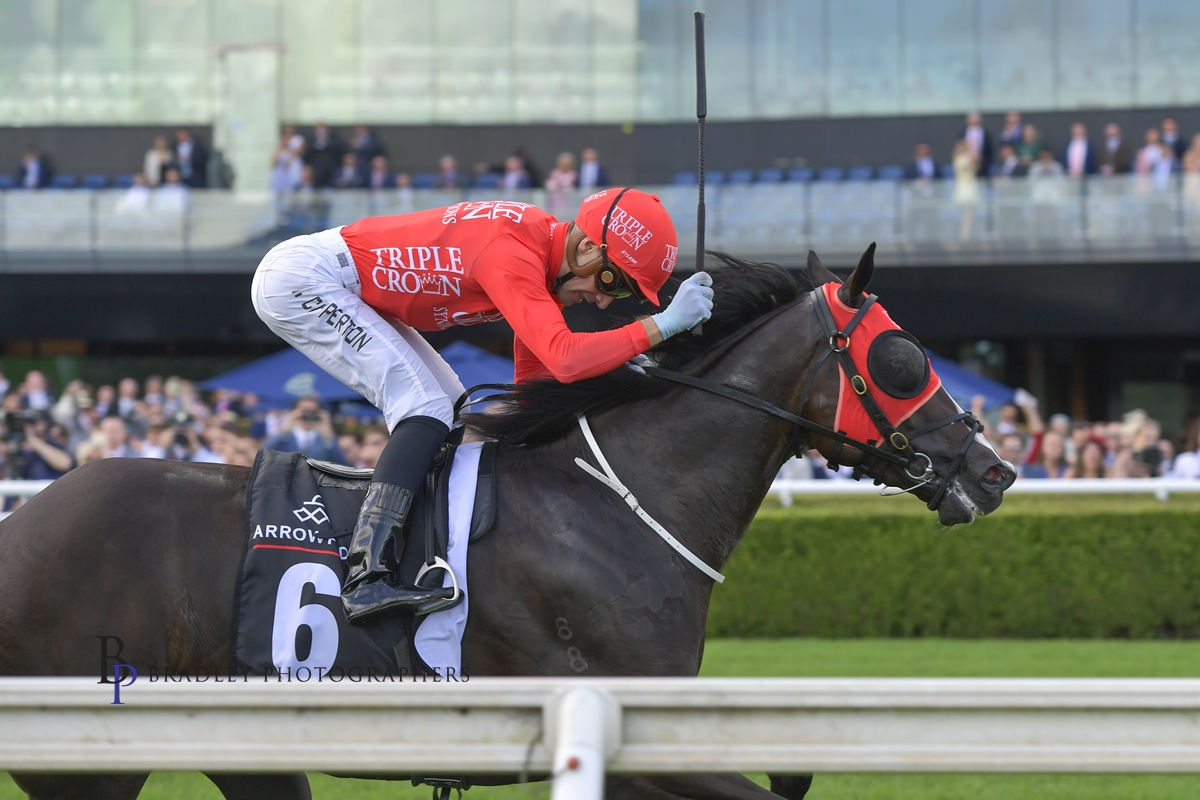 They both carry the same colours but that isn’t where the similarities between two-time Everest winner Redzel and the emerging MAZU finish, according to co-trainer Paul Snowden.

The three-year-old is a clear $2.50 favourite for the Group 1 Doomben 10,000 (1200m) on Saturday as he looks to emulate the former stable star, who banked in excess of $16m in an incredible career.

Mazu was the boyish colt, who was like a bull at a gate, before a gelding procedure set him on a path to four consecutive wins during the Sydney autumn carnival.

It was a similar story for Redzel early in his career before the same procedure set him on a path to stardom.

“Both horses ended up with the same fate (gelding),” Snowden, who trains in partnership with his father Peter said.

“His (Mazu) racing manners were poor, he was a highly strung horse that needed this to be done to bring him back down a peg or two.

“It is there to see in his racing now, he is nice and relaxed, he is an on-speed runner that conserves his energy, where it wasn’t happening before.

“Redzel was doing everything up and down. He’d get too aggressive, then he’d get too far back and he wouldn’t run on.

“That was Redzel in the early days, there wasn’t one run similar to the next, it was rocks or diamonds. He had to learn to harness his energy and conserve, and he did when he went to the top level.

“There are a lot of similarities to this horse, it is gelding that turned both horses around.”

Snowden said the procedure often takes difficult conversations with connections, who have dreams of owning a million-dollar stallion.

“Sometimes you just have to do these things.”

Mazu is now looking to emulate Redzel in landing his first Group 1 in the Doomben 10,000 on Saturday after the Snowdens used the same race to announce the latter in 2017.

“Any year (we are happy) to go up there for this race because they are in the paddock for too long otherwise,” Snowden said.

“To pull up stumps now on a horse that is going so well, I don’t think we got to the bottom of him either, we left something in the tank there.”

With a rain-soaked track all but certain if the meeting stays at Doomben, Snowden is keen to keep the meeting away from Eagle Farm, with Mazu ploughing through heavy tracks in Sydney all autumn.

If an early call was made to move to Eagle Farm however, Snowden indicated they could opt to also race last year’s Stradbroke Handicap placegetter Signore Fox in the $1m feature, instead of Scone.

Mazu will be ridden by regular rider Sam Clipperton on Saturday.