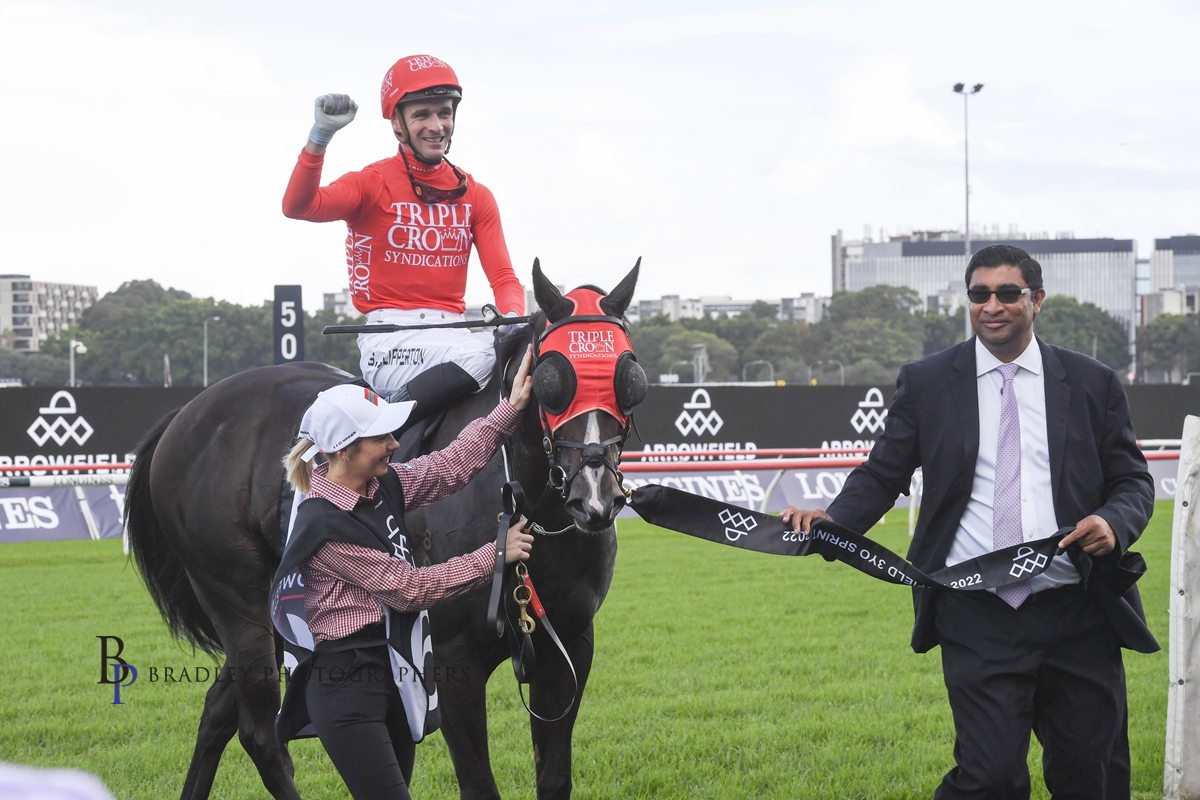 The parallels between dual Everest winner Redzel and rising star MAZU are not lost on trainers Peter and Paul Snowden and the three-year-old could yet end up in the $15 million sprint this year.

Mazu announced his coming of age with an outstanding victory in Saturday’s Arrowfield 3YO Sprint (1200m) at Randwick, leaving Golden Rose winner In The Congo and last-start T J Smith Stakes placegetter Paulele in his wake.

The three-year-old remains unbeaten in four starts since being gelded, drawing comparisons with Redzel, who was also able to realise his potential after undergoing the same procedure.

“We had to do that (gelding) to that horse as well. He was doing things a little bit upside down and he got gelded, we had to start from scratch and we came away with a superstar,” Paul Snowden said of Redzel.

“He (Mazu) is earning the tag but he’s still not there yet. But when he keeps ticking these boxes and picking off the opposition the way he is doing along the way, we’re going in the right direction.”

While there is a lot of water to flow under the bridge before The Everest in October, the Snowdens admit the race is on their radar with Mazu.

Paul Snowden said the horse’s ability to race handy to the speed and then accelerate off it was a rare quality.

“He’s got that ability to absorb pressure and we all know how good an asset that can be at the top level, especially in one race in particular (The Everest).”

“When he can absorb pressure like that and kick off the back of it and respond, that’s a very good attribute to have.”

In The Congo’s jockey Tommy Berry said the colt wasn’t comfortable in the heavy ground and did a good job at what was only his second start since the spring.

“The winner is deep into his preparation and we are at the start of ours,” Berry said.

Paul Snowden said they hadn’t ruled out a hit-and-run raid on the Group 1 Doomben 10,000 during the Brisbane winter carnival but would see how Mazu pulled up before making any decisions.

By Mandy Cottell of Racing & Sports