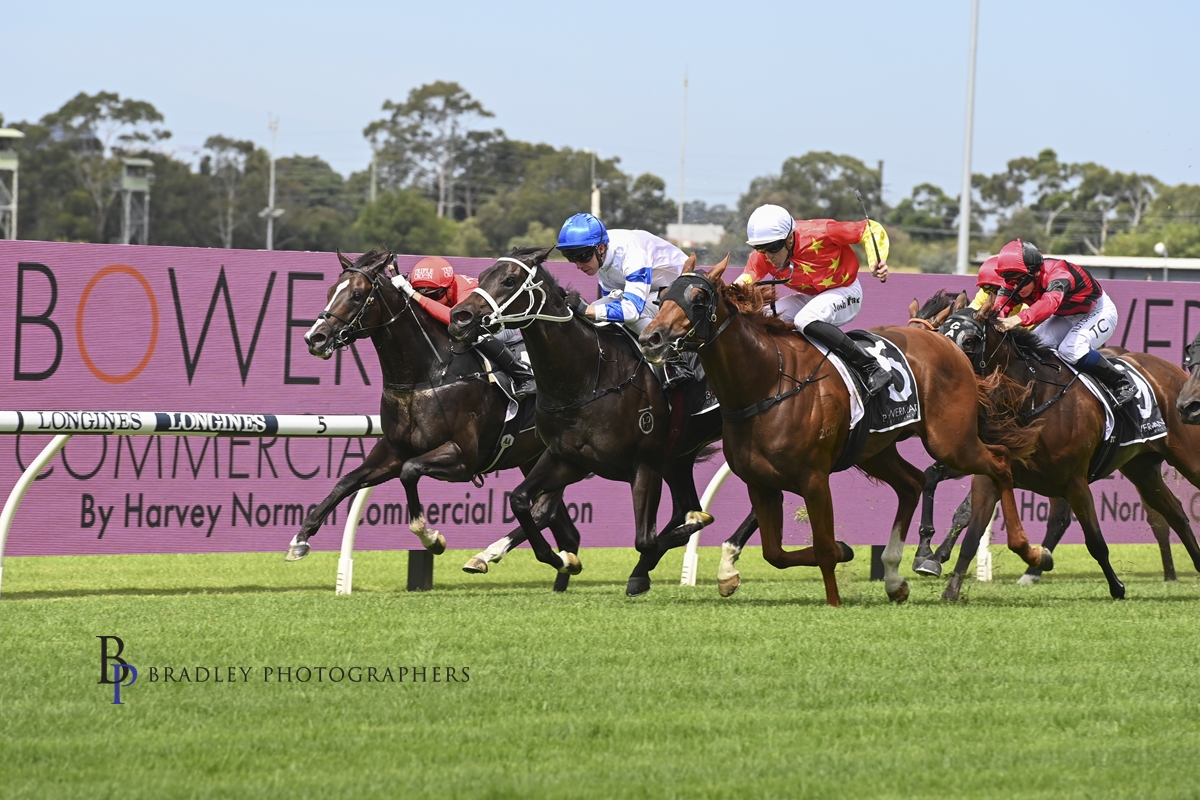 Triple Crown’s exciting 2YO colt MAZU gained plenty of new admirers when flashing home for third in the Group 3 Pago Pago Stakes at Rosehill on Saturday.

Andrew Adkins was forced to switch the son of Maurice numerous times in the straight as the pair struggled to find clear daylight, but once a gap presented itself down to the inside, Mazu showed an impressive turn of foot to get within 0.4L of Magic Millions 2YO Classic winner Shaquero.

It was a superb effort from Mazu, who was taking on some of Australia’s finest colts on just his second career start, having beaten subsequent winner Conrad in tenacious fashion on debut at Canterbury last month.

“I was really proud of him,” a delighted Peter Snowden told Mazu’s owners in his post race report.

“Just if those runs had have come a bit quicker, that could have been the difference between winning and losing.

“When he finally saw clear daylight he charged to the line, so you could certainly make a case that he was a bit stiff he didn’t win on Saturday. He was only beaten a neck, and when you look at the replay, just inside the furlong he was almost two and a half lengths behind the winner.

“His two runs have been top notch and he’s a lovely horse with good ability. I definitely think he’s a black-type horse and I’m really looking forward to seeing what he does next preparation.”

A $180,000 purchase from last year’s Inglis Classic Sale, Mazu is a half-brother to Champion 2YO Filly Headway, who finished runner-up in the Golden Slipper prior to landing the Group 1 Coolmore Stud Stakes as a 3YO.

The future is certainly bright for Mazu and congratulations to all his owners on securing black-type at the first attempt! 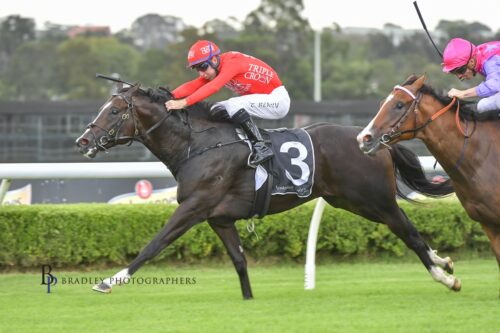