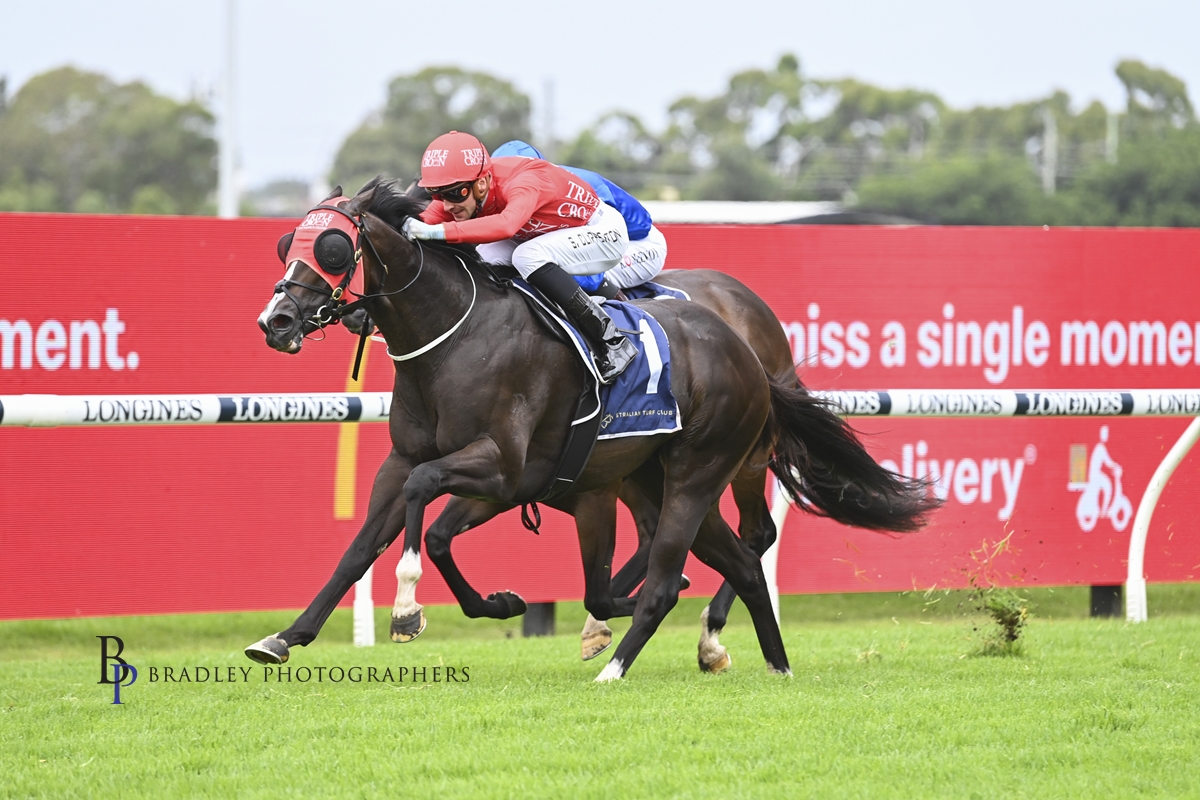 Talented three-year-old MAZU entered calculations for some of the Autumn Carnival’s feature sprint races after returning with a classy victory at Rosehill Gardens on Saturday.

The son of Maurice travelled into the race beautifully under Sam Clipperton and looked the most likely winner a long way from home, but he was forced to dig deep to get the better of the eventual runner-up Zapateo in what was a sustained duel up the Rosehill straight.

Mazu was giving the runner-up 5kgs in weight and was also first-up off the back of only one barrier trial, factors which made his one length success all the more impressive.

Winning co-trainer Peter Snowden was delighted with Mazu’s performance, suggesting that the decision to geld him after his win in the Listed Brian Crowley Stakes at the end of his last prep had worked the oracle.

“It’s pretty hard to geld them after they win a Stakes race, but we always thought he would be a better horse for it and I think Saturday proved that we might be on the right track,” he said.

“I was really happy with the way he behaved pre-race, he was fantastic. Knowing what he was like last preparation, you can’t believe he’s the same horse!

Mazu could now head to the Listed Fireball Stakes (1100m) at Royal Randwick in two weeks’ time, although nothing is set in stone for the Peter & Paul Snowden-trained runner.

“Looking through the calendar there are heaps of options for him in both Sydney, Melbourne and Brisbane,” Peter Snowden added.

“I think we can be patient with him, we have got him where we want him now and can be selective about where we run him.

“It could be the Fireball in two weeks, that’s an option, but it is over 1100m again and I would like to get him over a bit further.

“We’ll just soak up the winning moment for now and lay down some firm plans early in the week.”

He is one of a host of Stakes-winning horses selected by Triple Crown’s Chris & Michael Ward from this auction and is a timely reminder of the quality that can be sourced from the Classic Sale!

Shares are available in some of this year’s Inglis Classic Sale purchases and more details on each horse can be found on our website by clicking here.

Congratulations to all of Mazu’s owners and it was great to see so many of them trackside to celebrate his impressive success!