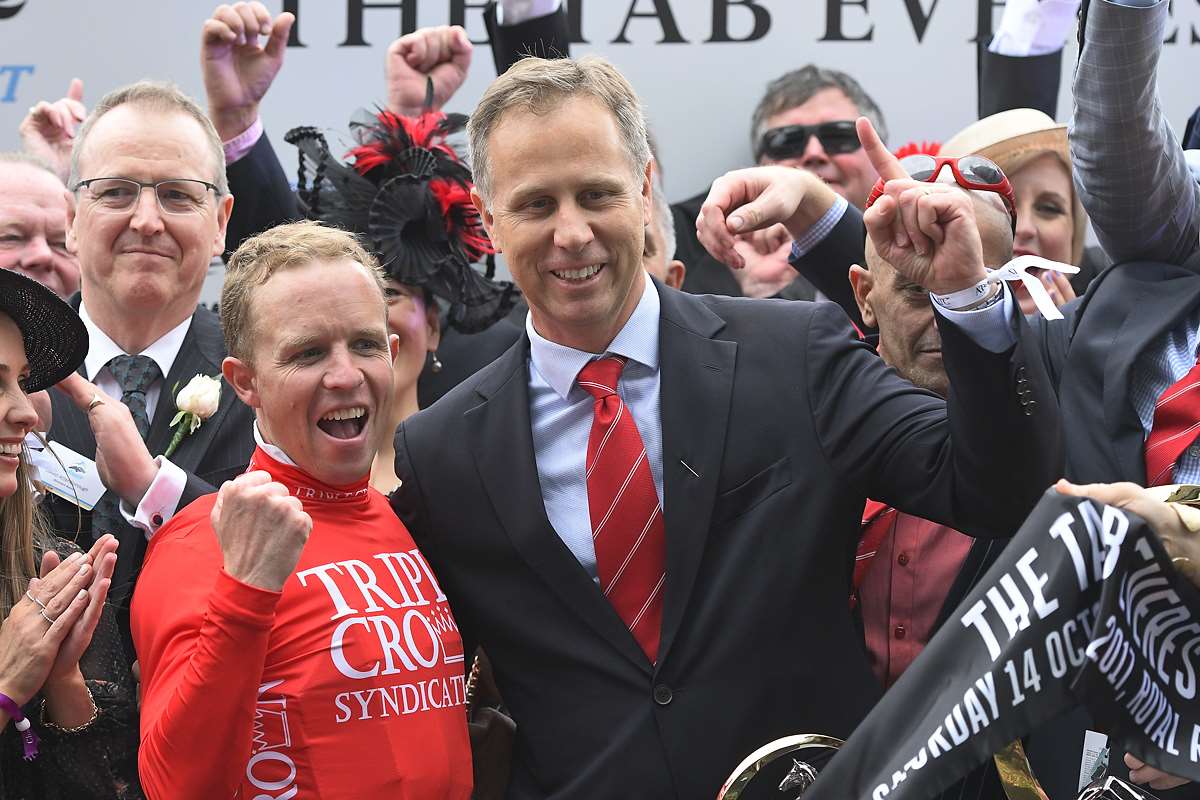 KERRIN MCEVOY knew Sydney had backed a winner hours before he became the toast of Randwick by winning the inaugural running of The Everest on Redzel.

The champion jockey said there’s little doubt the Everest concept has set a new benchmark for Sydney racing and he could feel it right from the start.

“It was on from race one, you knew it was going to have a different feel to it,’’ McEvoy said.

“It was unlike any other Sydney race day, that’s what you want to see on a big day at Randwick.

“I’m looking forward to seeing how it is going to evolve even further.’’

Over 33,000 people flocked to Randwick for The Everest and McEvoy said he felt the crowd was really engaged with the race day.

It was most evident in the lead up to The Everest, with the jockeys being introduced to the people, and when the gates opened there was a roar that is very rarely seen in Sydney.

“I liken it to a Cox Plate feel,’’ McEvoy said.

“It was electric, it’s something different and everyone was hanging on every horse’s step and there was a real focus on each race given the quality that was on offer.

“It was a great atmosphere and obviously I was the beneficiary of winning The Everest so I was probably feeling it more than anyone.

“I can tell you it was a bloody good feeling and I’m sure there’s plenty of other jockeys out there striving to feel what I felt on Saturday.’’

Redzel took his earnings to just under $8 million by becoming the inaugural Everest winner and in doing so established himself as one of the best sprinters in the country.

His rise to the top has been remarkable and McEvoy said it’s a testament to trainers Peter and Paul Snowden and how they prepare their horses.

While he was always confident the gelding would run well he knew he couldn’t make any mistakes.

“I knew we had a good chance in the race but it felt like it was too far away to grasp given the quality of the race,’’ he said.

“I went there knowing we had to get it all done correctly and we were able to achieve it.

“It was a privilege to be on the back of him, he’s a lovely horse to ride and is very straightforward. He’s a cruiser in the morning, does his job without any fuss, and goes to work on race day.

“He’s first out of the barriers and travels wherever you want him and goes when you want him to go. He’s a real jockey’s dream and I’m sure Peter and Paul would say he’s a trainer’s dream.

“It was just a fantastic feeling on what was a great first Everest day in Sydney.’’

“It’s right up there with the Melbourne Cup win”@KPMcEvoy puts his #TheEverest on Redzel on a par with winning the big one#7racing pic.twitter.com/CV9iGkIast

Of course around 24 hours after his Everest win McEvoy produced a 10 out of 10 ride to win the Cranbourne Cup on Godolphin import Folkswood.

It gave the weekend an appropriate, yet slightly ironic, twist given McEvoy was Godolphin’s (then Darley) number one rider in Australia when Peter Snowden was at the helm until 2014.

Since going solo, McEvoy has won 18 Group 1 races, plus an Everest, while the Snowdens have won 11 Group 1 races.

← WATCH: Redzel features on SKY Thoroughbred Central
Redzel to have Flemington jump out ahead of Darley Classic →
Tweets by @TripleCrownSynd