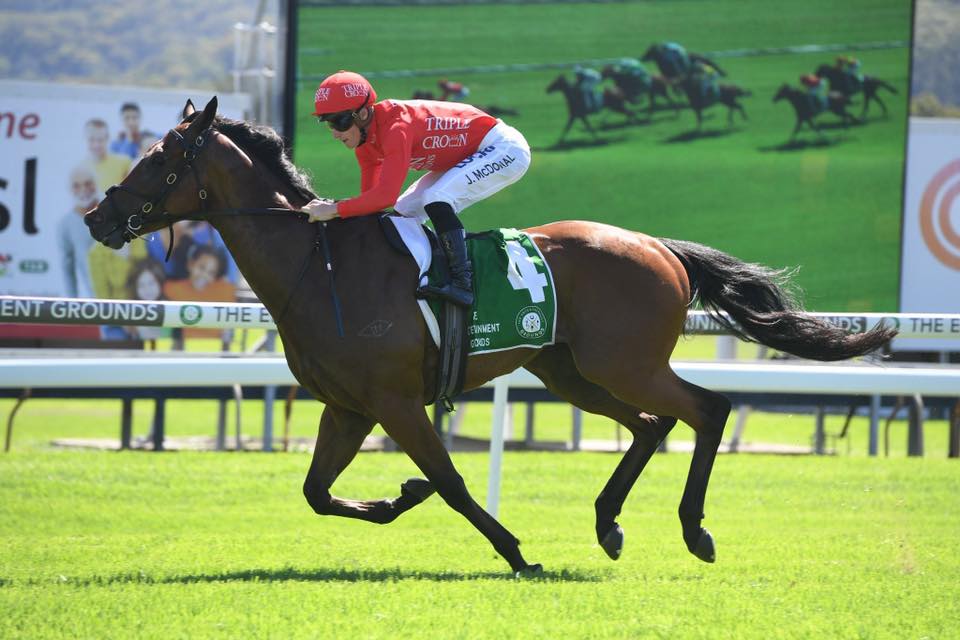 MILITARY ZONE was every inch the emphatic winner of the Listed Gosford Guineas over 1200m on Friday as he sprinted clear of the chasing pack to win by a cosy one and a half lengths, bringing up a seventh Triple Crown Stakes winner for 2018.

Settling in the final third of the field, jokey James McDonald gave his mount a fantastic patient ride, as Military Zone circled his rivals on the bend and made light work of his rivals in the straight to claim the $151,000 race.

The son of Epaulette took his record to an impressive three wins from six starts, and the $140,000 Inglis Premier purchase took his career earnings to beyond $200,000 with the win.

Co-trainer Peter Snowden was delighted with the dominant victory.

“That was a huge win today,” said Snowden. “We’ve always known he’s got that sort of ability and it was great to see him go out and show that today.

“He had a bit of work to do at the corner but he had them rounded up in three strides in the straight. It’s the sign of a good horse and very exciting horse at that.”