Military Zone on target in Guineas 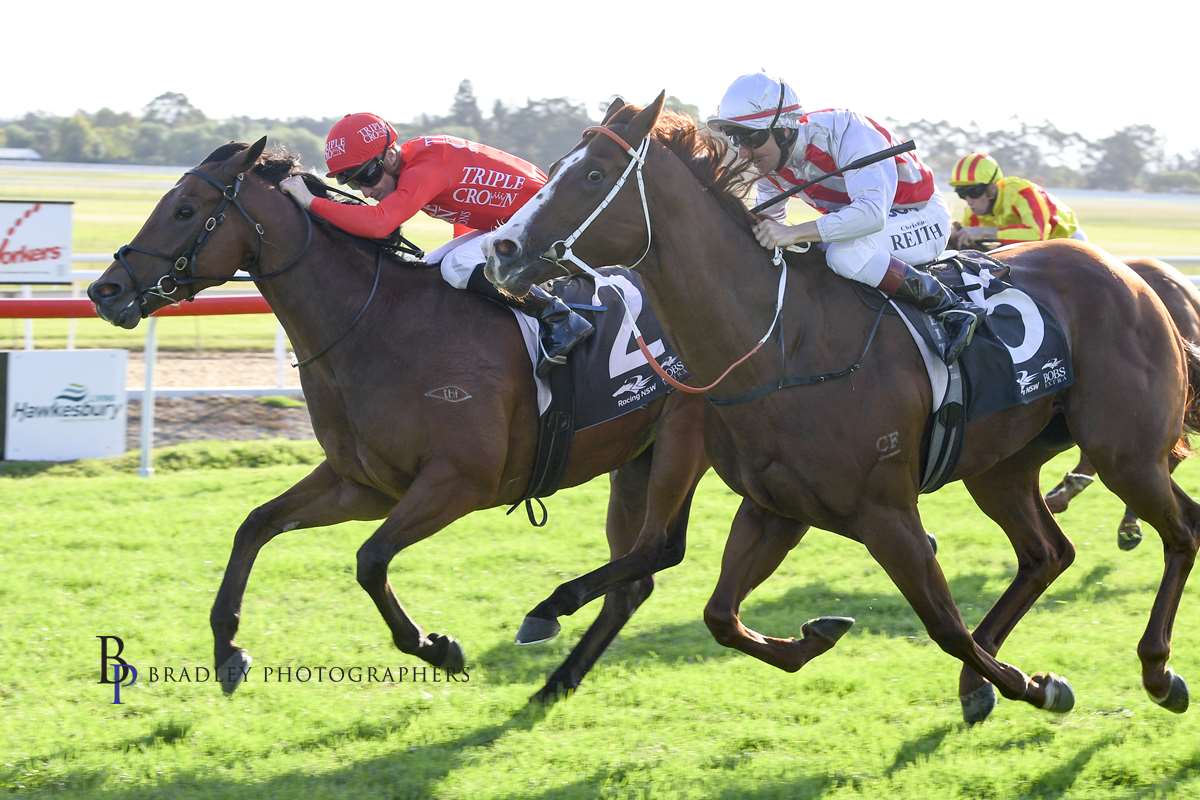 With the win Military Zone becomes the most successful progeny of his sire Epaulette in Australia, as he adds a second Stakes win to his blossoming record which now reads four wins from eight starts and over $320,000 in prizemoney.

The three-year-old was a $140,000 purchase from the Melbourne Premier Sale, and is quickly establishing himself as one of the most exciting three-year-olds on the circuit after this track-record success on Hawkesbury’s feature raceday.

Able to settle much closer to the speed in this second-up run, Military Zone travelled comfortably behind the speed under regular jock James McDonald, and when angled out for his run in the straight he performed a storming finish, getting the better of the closing Trope to win by a head, with the pair drawing clear of the rest of the field.

JOIN IN THE SUCCESS OF EPAULETTE! RACE THIS OUTSTANDING FILLY – A REAL GOLDEN SLIPPER CANDIDATE – WITH AUSTRALIA’S LEADING SYNDICATORS!! 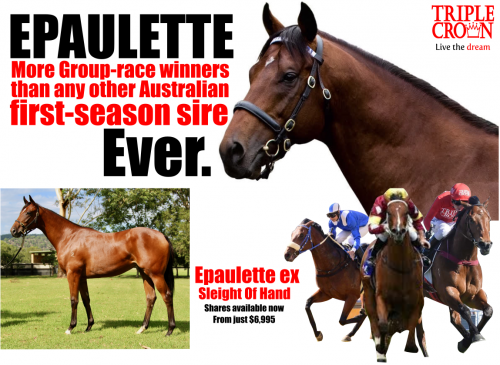 Co-trainer Peter Snowden was delighted with his charge’s effort.

“A great result for the horse and that’s a big win,” said Snowden. “I was confident he’d run well but he’s measured up to some very good horses here.

“The fact he’s beaten some smart horses and has run good time suggests we may well have a handy horse on our hands. He’s got a great motor and that combined with a determination and a will to win sees him possess all the ingredients you need for a good young horse.

“I couldn’t be happier with the horse and he’s got some nice targets going forward, starting with Scone which should suit him very well.”