Milliondollarbill lives up to his name with wide margin success 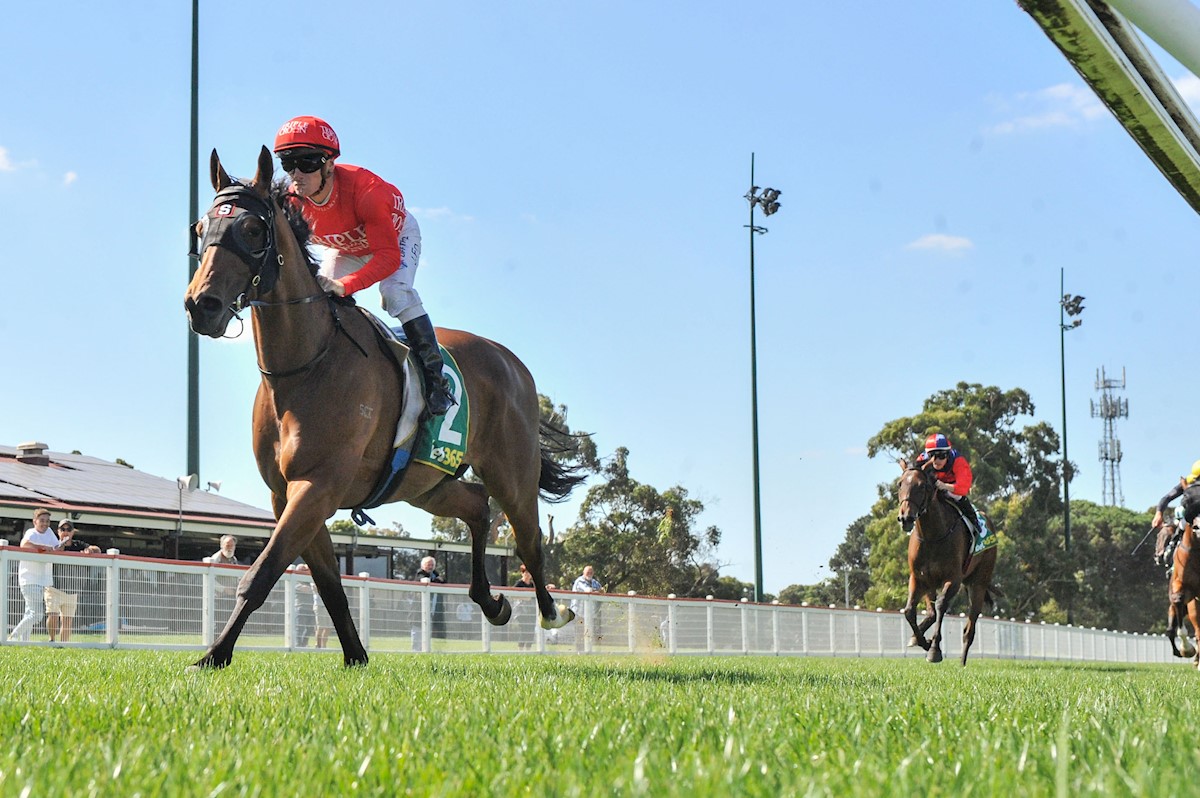 MILLIONDOLLARBILL proved a cut above his rivals at Kilmore on Thursday after ambling to a five-length victory under Jarrod Fry.

The son of Epaulette had valid excuses for his below par first-up effort, but he put that performance well and truly behind him and justified short-price favouritism with a dominant display.

Winning jockey Jarrod Fry was suitably impressed with Milliondollarbill’s performance, indicating that another bold showing could be on the cards when the four-year-old steps back up in class on his next start.

“The stable gave me a good rundown that he can be a bit casual, so I gave him a good warm up and made sure he was on the ball,” Fry said.

“He travelled well throughout and really lengthened quite nicely when I gave him a squeeze. To his credit, he never gave me the feel that he was about to ease up at any time, which is a really good sign going forward.

Milliondollarbill had pulled up sore through the back following his first-up run, but a visit from the chiropractor quickly corrected that issue and helped prompt a return to winning ways.

Co-trainer Peter Snowden was relieved to see Milliondollarbill salute in such impressive fashion, with the margin a whopping five lengths despite being eased down in the closing stages.

“He won really well,” Snowden said. “Back in grade he certainly put his hand up yesterday and won with authority, which is great for his confidence and great for his ownership group.

“It was good to see him bounce back to form and hopefully he can stay in that vein.”

Well done to all the team at Snowden Racing Flemington, who look after Milliondollarbill so well, and congratulations to all his owners!