Miss Hellfire is coming for Coolangatta 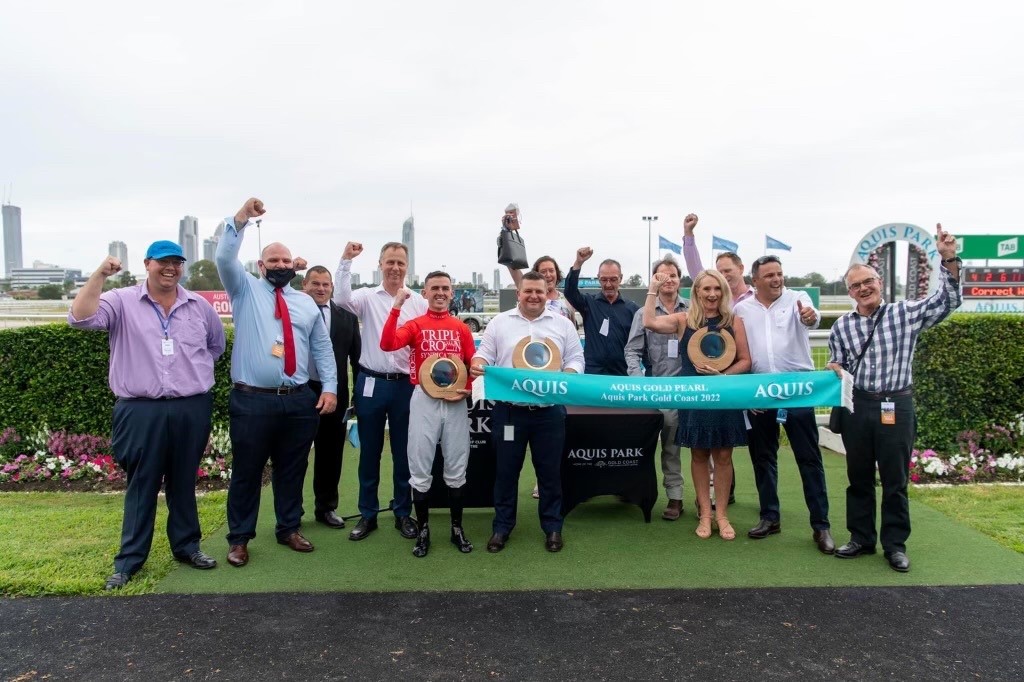 If there is to be a challenger to one of the hottest R. Listed Magic Millions 2YO Classic contenders of all-time, it may have been the little Miss raising Hell on Saturday in the Aquis Gold Pearl 2YO Fillies’ race. That’s the thoughts of Triple Crown Syndications‘ Bloodstock Director Chris Ward, who is strong in his belief that if Coolangatta (Written Tycoon) is to drop the big one, there’s a very real chance it will be to Miss Hellfire (Hellbent).

“It’s always chock-full of quality, that race and obviously Coolangatta is the horse to beat,’’ Ward said following the Gold Coast run Aquis Gold Pearl 2YO Fillies’ 1100-metre, where the filly out of Peace Time (USA) (War Front {USA}) pulled away from the pack and went hands and heels to the line with Ben Thompson aboard for trainers Peter and Paul Snowdon and Triple Crown.

“I think everyone pretty much agrees on that. But, I think if she’s going to be beaten, then we’re certainly a live chance going into it. Who knows with barriers and all that sort of thing and who puts their best foot forward on the day,’’ Ward added.

Ward headed the team that picked out Miss Hellfire at the Magic Millions Gold Coast Yearling Sale last year, paying $60,000 for the Newgate Farm draft lot. Her sire, Hellbent, stands at Yarraman Park Stud and Peace Time is owned by Sf Bloodstock, shareholders in Newgate. On Saturday that meant many celebrations unfolded in the Magic Millions Carnival atmosphere.

“We were all standing there at the finish line with all the owners,’’ Ward said. “We were very confident going into it. She does have a lot of quality and is still improving.

“In the run, you could see she had things in control from a long way out and I think she showed as she got closer to the line she was getting stronger and stronger. She was just starting to pull away from the second horse, so I think going into the 1200 next week as well should be further up her alley again.’’

Co-trainer Paul Snowden said Miss Hellfire had travelled up from Sydney “too well” and he said she would derive plenty of improvement from the performance ahead of next Saturday’s $2 million race. Miss Hellfire proved too good for gallant local hope Perfect Mission (The Mission) in second and Stroll (Snitzel) came in third.

Ward and the Triple Crown team will be busy at the Sale while also entertaining the “thrilled and enthusiastic’’ Miss Hellfire owners who he said were “having the time of their lives’’.

“Everybody gets involved in racehorse ownership for the thrill and excitement and it’s just a life experience that you can’t have anywhere else,’’ Ward said. “Once you know that you’re in a big race and you’re heading towards it, the build-up is fantastic.’’

Ward said on the sales front, he would once again follow the proven formula that found Miss Hellfire.

“We do a lot of lead-up work before the sales, inspections and pedigree analysis, and (Miss Hellfire) ticked the box on both fronts,’’ he said. “We were keen on getting there and inspecting her and we really liked what we saw and, ultimately, she’s just a real athlete and that was the main driver behind picking her. She’s put together nicely but just a beautiful-moving type.

“We’ve been up here for the past week and getting through a lot of them and, look, there’s some really nice horses on the ground and fingers crossed we get a bit of luck when it comes to the Sale. You always need a bit of luck in an auction but we’ve done all the homework so we’ll be here ready to go.’’

By Bryan Littley of TDN AusNZ