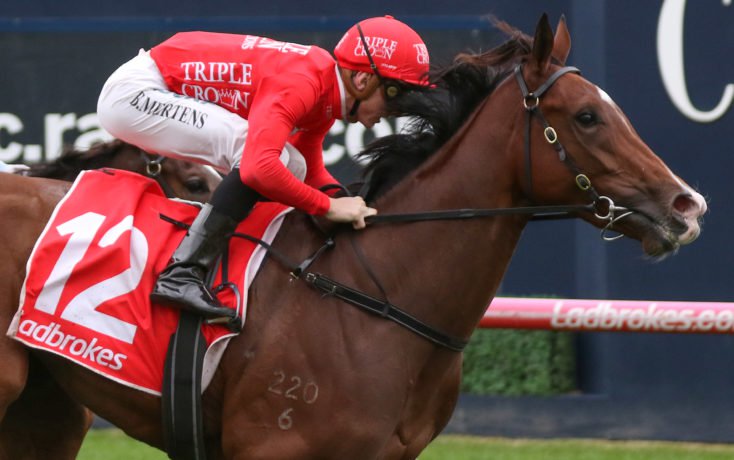 To say that MISSILE MANTRA has unfinished business at Caulfield is possibly the understatement of the year, but the Triple Crown mare gets the chance to make amends for her luckless last-start run in Saturday’s Group 3 How Now Stakes at the Melbourne venue.

Having been beaten a nostril in the Group 1 Thousand Guineas last year, Missile Mantra was seemingly travelling strongly when badly hampered and forced to ease down in the Group 3 Cockram Stakes on her return to Caulfield last month. 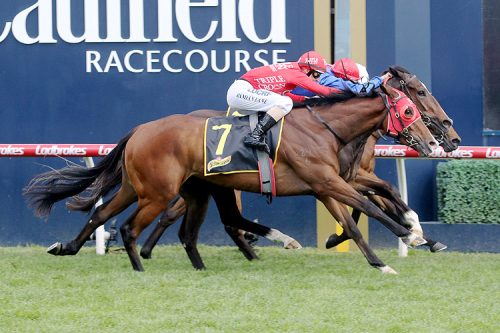 Agony and ecstasy: Missile Mantra goes down by a nose in the Group 1 Thousand Guineas – Credit: Racing Photos

The daughter of Smart Missile has since showed up nicely in a confidence boosting trial, and although she is likely to improve for a step up in trip later this prep, co-trainer Peter Snowden is hoping to see her attack the line with some real intent in Saturday’s $160,000 contest.

“She has come through that trial really well and was in between them like a dodgem car past the post,” Snowden said. “The time was very good and she was right there with the leaders.

“There’s good speed in tomorrow’s race and she’ll probably settle midfield or slightly worse. We might even get the opportunity to get her to the outside tomorrow, to give her that bit of freedom and see her dash home.

“She’s going well enough to run a good race and I’m expecting a good run from her tomorrow.”

Multiple Group 1-winning rider Damian Lane, who was aboard Missile Mantra in both the Thousand Guineas and the Cockram Stakes, will once again get the leg up on the Listed winner.

All being well, Missile Mantra will stay down in Melbourne for the remainder of her preparation, with the Group 1 Empire Rose Stakes (previously known as the Myer Classic) at Flemington on Victoria Derby day her main target.