Moss Trip has Group 1 in sights after Guineas romp 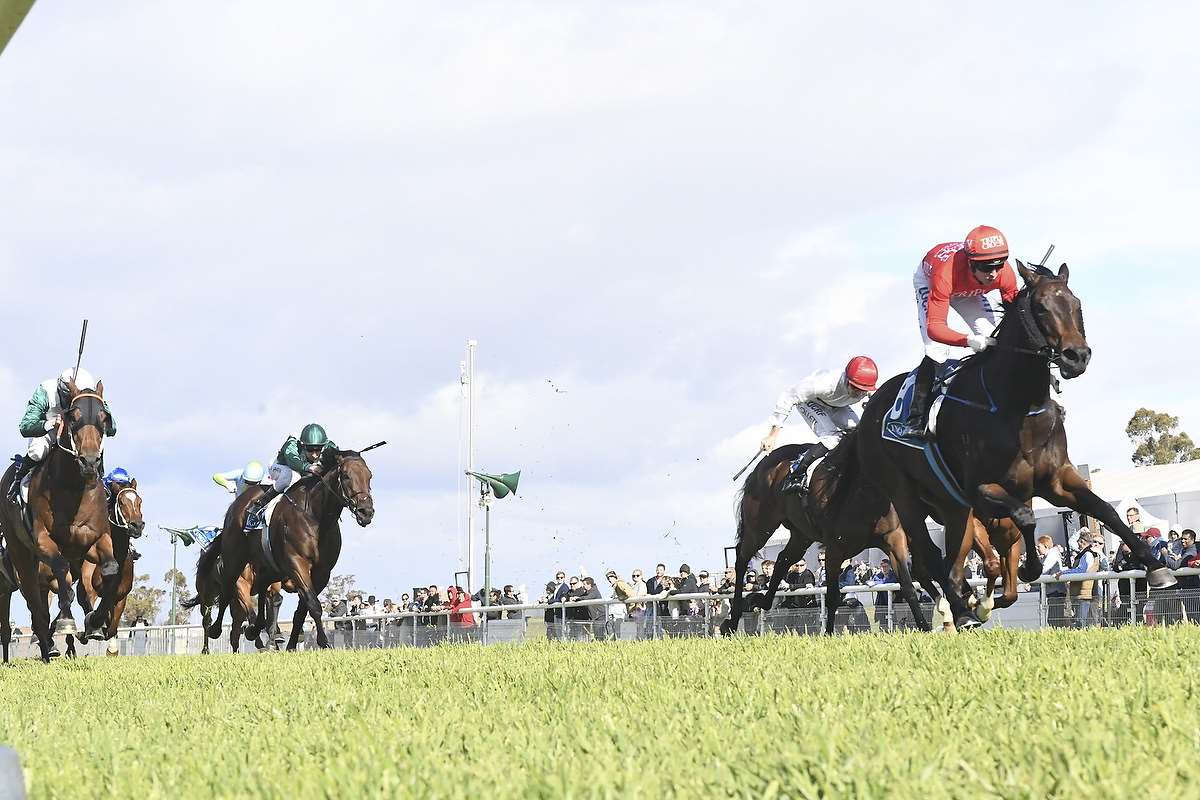 TRIPLE CROWN’S thrilling winner of the Listed Inglis Guineas, Moss Trip, will be heading north in search for further Black Type success after coming through Saturday’s run like a ‘machine’.

Moss Trip’s most valuable success came on Saturday when she collected $250,000 for taking the seven furlong race at Scone restricted for Inglis graduates, and this came off the back of a nail-biting win at Randwick in the Group 3 James Carr Stakes.

Despite being on the go since December, the three-year-old filly continues to thrive in the stable environment, and will now be targeted at Group races in Queensland, with a possible tilt at the Group 1 Tatts Tiara on June 23; a race won by the Snowden trained Tycoon Tara 12 months previous.

Her first target, however, is the Group 2 Dane Ripper Stakes on June 9 at Doomben over 1350m.

Speaking to Andrew Bensley’s Racing HQ on Sky Sports Radio, Michael Ward said, “She’s really thriving in her racing and is putting together a handy record with five wins from ten starts and keeps improving throughout the prep.

“Brenton got off and said he had a lap full of horse underneath him and that’s why he rode her very confidently and felt she would let down like she did. It was a very dominant performance.

“She appears to have come through the run very good and we’re taking it race by race. At this stage we’re looking at the Dane Ripper and then if she comes through that run the Group 1 Tatts Tiara.”

The trophy presentation captured the attention of many racegoers to Scone as elated Channel 10 Weatherman Tim Bailey delivered an enigmatic acceptance speech, and joined in the celebrations with his fellow owners.

“You see the pure joy of ownership in these guys,” continued Ward. “Tim Bailey is a great character and is enjoying the experience like all of our owners. It’s great to have him involved in racing.”

← Another Zoustar claims impressive Group success – Just 10% remains in our filly by ZOUSTAR!
Charlie retuns to scene of memorable success →
Tweets by @TripleCrownSynd