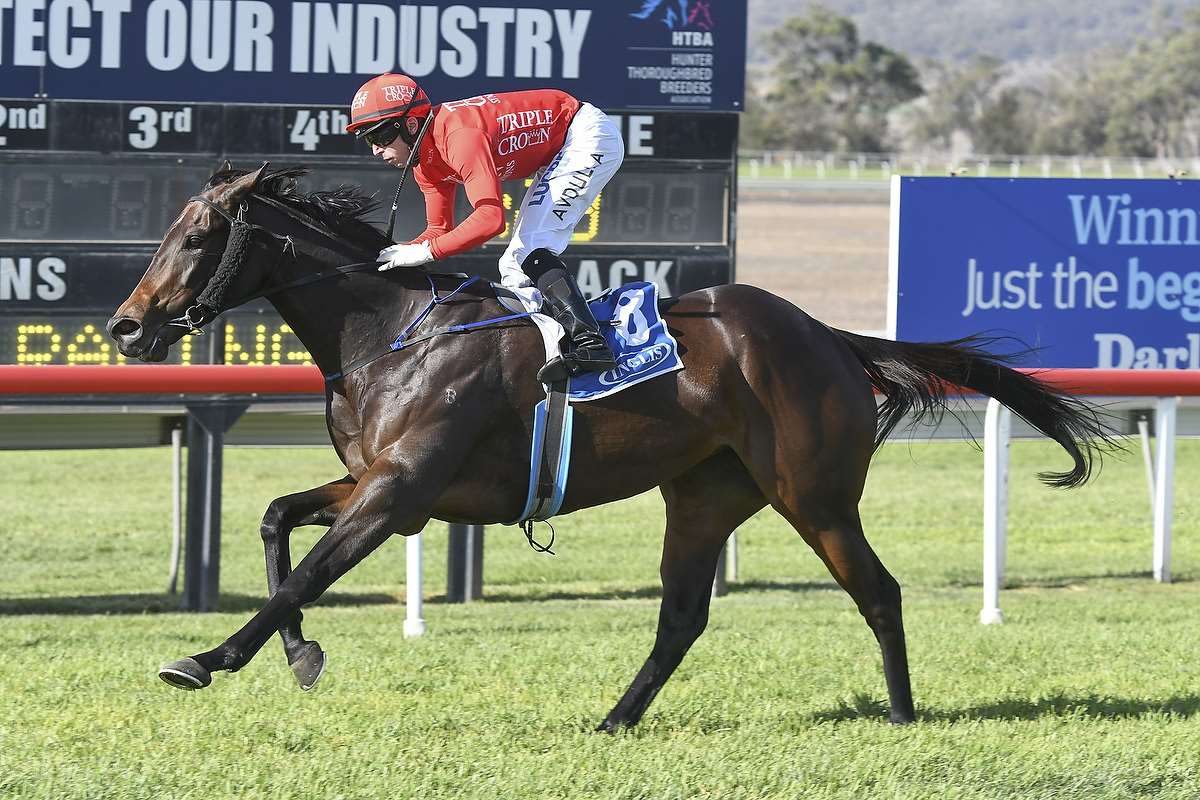 MOSS TRIP produced a stunning performance in dominating the Listed Inglis Guineas at Scone on Saturday, scooping a valuable cheque in the $400,000 race restricted for Inglis graduates.

Settling in the last pair from her wide barrier, the filly still had plenty of ground to make up in the straight, but quickly kicked into top gear and flew over the top for an impressive win.

Arriving off the back of a Group 3 success in the James Carr Stakes, Moss Trip showed that form to be too good for her rivals, going on to win by two lengths, with the Snowden stable collecting the quinella through Assimilate running second.

And co-trainer Peter Snowden suggested Brisbane could be on the cards for the daughter of Mossman.

“She’s a really exciting filly and was excellent on Saturday,” said Snowden. “She got back in the run and still had some distance to make up but she was very impressive.

“She’s pulled up well from the run and eaten up so we can make a decision on where we go from here in the next couple of days but there are options in Queensland should she show that she’s still going well.”