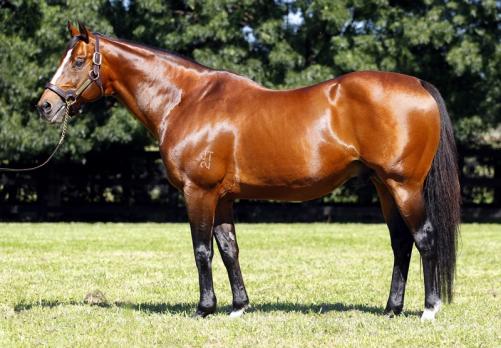 Triple Crown Syndications managers Chris and Michael Ward can team up with Vinery Stud for another Group 1 this season after Dothraki won theG3 Gold Coast Guineas (1200m) on Saturday.
Dothraki is a son of Vinery’s in-form sire Mossman and connections have targeted the $1.36 million Stradbroke Hcp (1400m) as his winter target next month.

“He’s one of the most promising horses in the stable,” trainer Gerald Ryansaid. “He’s the only one who can keep up with Snitzerland in the morning. I have been saying all along he could be a Stradbroke horse as a three-year-old.”

Dothraki (3c Mossman – Volantis by Flying Spur) held the lead from an inside gate despite being challenged by Enquare and Whiskey Allround on the Gold Coast. He raced away to a winning lead under Nash Rawiller and had enough in hand to hold off Darley colt Safeguard by a head.

“I was worried about the wet track today but he had a bit on them,” Ryan admitted. “He was going to win by five lengths then he seemed to get lost in front.”

Dothraki will have further Stradbroke lead-ups in the Fred Best Classic and Queensland Guineas which is ballot-free for the Group 1 feature sprint at Eagle Farm on June 7.

The Mossman colt broke his maiden at Canterbury in December 2012 and his only other win in a dozen starts was the LR Hilton Hotels Stakes (1400m) at Flemington during last year’s Melbourne Cup carnival.

Mossman has now sired the winners of 16 black-type race since August 1. He will stand at Vinery for a $27,500 (inc gst) service fee this year.